Philippine police say 13 killed in one day of drug busts 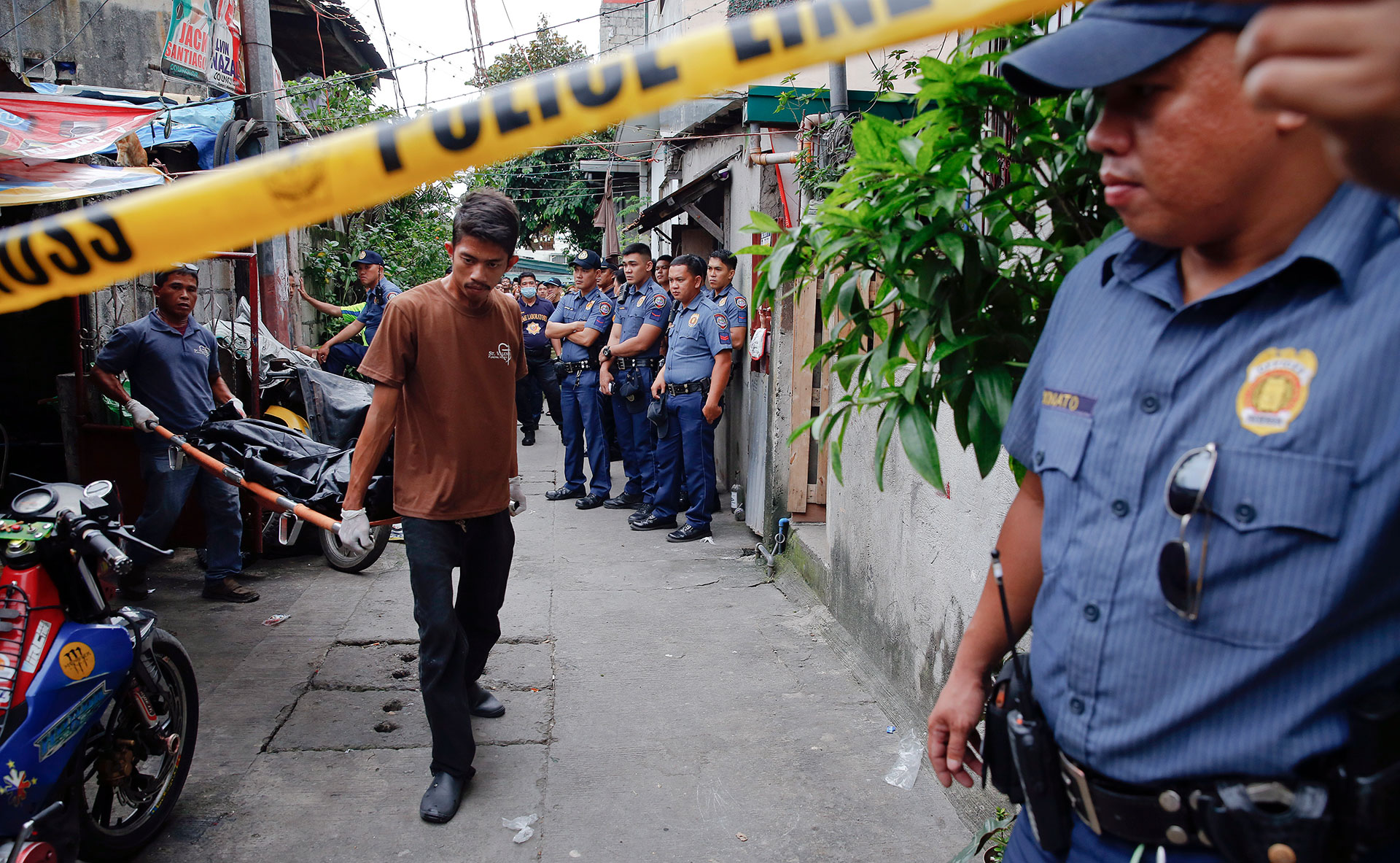 Philippine police say 13 killed in one day of drug busts

MANILA (Reuters) - Philippine police killed 13 suspected drug dealers and arrested more than 100 people in dozens of anti-narcotics operations in a province north of the capital, its police chief said.

More than 4,000 Filipinos have been killed by police during President Rodrigo Duterte’s controversial 20-month-old war on drugs, and thousands more by unidentified armed men. Most killings have been in rundown areas of Metro Manila and the nearby provinces of Bulacan and Cavite.

Human rights groups and Duterte’s political opponents say executions of drug users and small-time peddlers are widespread, but police insist those killed were all dealers who put up violent resistance.

Police in Bulacan ran about 60 drugs “buy-bust”, or sting, operations in nine towns, the police chief said on Thursday.

Bulacan is where 32 people were killed in a single day in August last year. Last month, an additional 10 drug suspects died in a bloody night of drug busts.

“These operations are part of our stepped-up campaign against drugs and all other forms of criminality in the province,” Bulacan police chief Romeo Caramat said in a statement.

“Unfortunately, 13 of the suspects were killed when our officers fired in self-defence shortly after the suspects who were armed with concealed guns sensed they were being entrapped and started firing.”

More than 100 people were also arrested and 19 firearms and about 250 packets of suspected drugs were seized during the 24-hour operations, Caramat said.

Last month, a prosecutor at the International Criminal Court (ICC) in the Hague opened a preliminary examination into a complaint accusing Duterte and at least 11 officials of crimes against humanity.

The Philippines last week notified the United Nations of its decision to withdraw from the ICC because of what Duterte called outrageous attacks by U.N. officials and violations of due process.