Philippines to complain to UN after investigator's unannounced visit 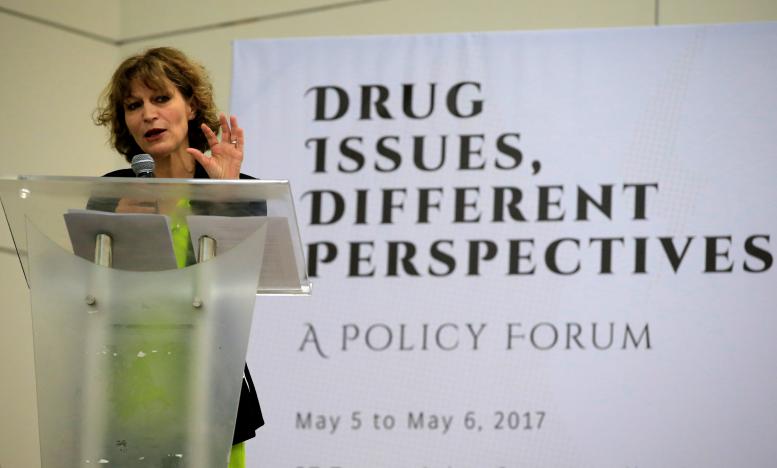 Philippines to complain to UN after investigator's unannounced visit

MANILA - The Philippines said it would complain to the United Nations after one of its human rights investigators failed to notify the government of a visit to Manila on Friday, which it said was a "clear signal" she was not interested in an objective view.

Agnes Callamard, the UN Special Rapporteur on extrajudicial killings, gave a speech at a policy forum at a university on Friday, and said she was not in the Philippines in an official capacity and would not carry out any research.

Callamard has been vocal about allegations of systematic summary executions in the Philippines as part of President Rodrigo Duterte's war on drugs, which has killed thousands of people.

She sought to visit last year to investigate the allegations but said the government's conditions - including that she publicly debate Duterte - were far from agreeable.

Presidential spokesman Ernesto Abella said on Friday Callamard was invited last year but had not responded. That, he said, suggested she "would not be approaching her review of allegations concerning our country objectively or comprehensively".

"We are disappointed that, in not contacting our government in advance of this visit, she has sent a clear signal that she is not interested in getting an objective perspective," Abella said in a statement.

"Callamard has arrived in the Philippines in a manner that circumvents all recognised United Nations protocols for such visits," he said.

Callamard mentioned different approaches to tackling illicit drugs in general at Friday's forum, although not specifically the Philippines. She said the UN General Assembly had recognised last year drugs wars did more harm than good.

"Badly thought out, ill-conceived drug policies not only fail to address substantively drug dependency, drug-related criminality, and the drug trade, they add more problems," she said in a speech.

She later told reporters she had no ulterior motive for visiting the Philippines. "It's only for the purpose of academic conference," she said.

The United Nations and the Philippines have different accounts of Callamard's request to investigate drugs-related killings, which activists accuse police of being behind. On Thursday, Duterte again rejected those allegations.

Authorities say police are only responsible for deaths that were in self defence during anti-drugs operations. They say the thousands of mysterious murders of drug users are the work of vigilantes or rival drugs gangs. Callamard said last year a debate with Duterte would contravene UN protocols and instead proposed a joint news conference. -Reuters