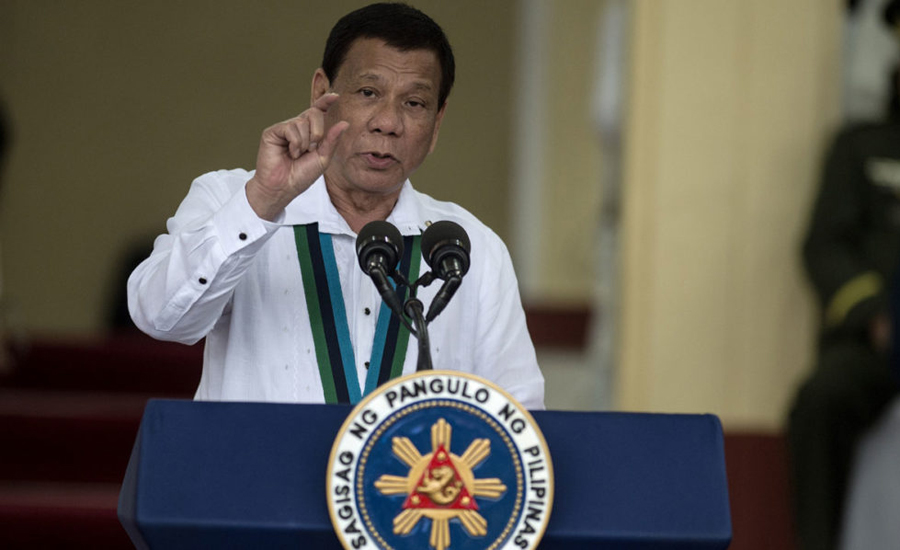 MANILA (AFP) - President Rodrigo Duterte has launched a foul-mouthed attack on the UN human rights chief, calling him "empty-headed" in a row over international criticism of the Philippine leader's deadly drug war. Zeid Ra'ad Al Hussein, the UN High Commissioner on Human Rights, had last month said Duterte needed "psychiatric evaluation" and that his verbal attacks on a United Nations rapporteur who condemned his anti-drug crackdown could not go unanswered. "Hey son of a whore, you commissioner, I need to go to a psychiatrist?" asked Duterte in a speech late Tuesday. "The psychiatrist told me: 'You are okay, mayor. You are just fond of cursing,'" Duterte said, referring to his former title. The Philippine leader added he had been advised to refrain from commenting on the remarks of Zeid, a Jordanian prince, but he wanted to "seek revenge". "Look, you have a big head but it's empty. There is no grey matter between your ears. It's hollow. It's empty. It cannot even sustain a nutrient for your hair to grow because his hair here is gone," Duterte said as he touched his head. Duterte, 73, has launched curse-laden tirades on world leaders, including former US President Barack Obama and Pope Francis, as well as critics of his anti-crime crackdown. Duterte won a presidential election in mid-2016 after promising to eradicate drugs in society within six months by killing tens of thousands of users and dealers. Philippine police say they have killed roughly 4,100 suspects who fought back during arrest, but rights groups allege the actual number is three times higher and accuse the authorities of murder. The International Criminal Court has launched a "preliminary examination" into killings in the anti-drug campaign. Zeid, who has criticised alleged extrajudicial killings in the drug war, last month said Duterte's remarks about a UN rapporteur seeking to investigate the matter were "absolutely disgraceful". Zeid last month also condemned Duterte's statement ordering troops to shoot female rebels in the vagina. In Tuesday's speech, Duterte defended the comments along with his war on drugs. "I am rude? I am really rude. There is nothing I can do about that," Duterte said. "I kill people? Yes, I really kill people... go ahead and do drugs there. I already told you to stop." Addressing human rights groups, Duterte said: "You are dreaming if you think you can jail me."