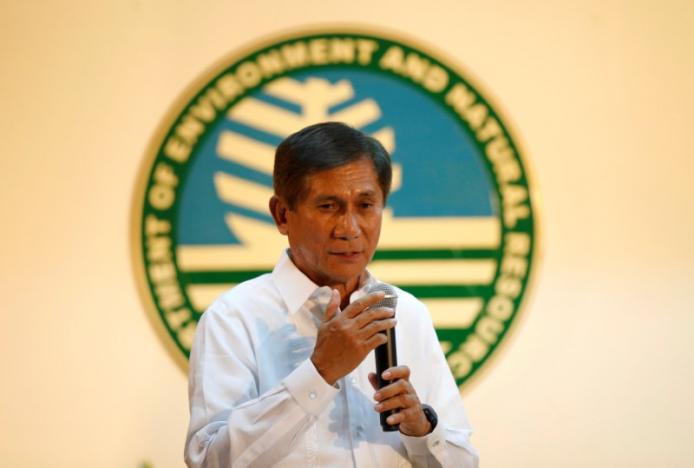 MANILA - Philippine President Rodrigo Duterte said on Wednesday the government cannot scrap an existing mining law, suggesting he is open to easing up on a crackdown launched by a dismissed minister who ordered the closure of half the country's mines.

His comments appear to be in sync with the new head of the environment ministry he appointed this week, former military chief Roy Cimatu, who has said it was possible to balance mining and natural resources protection in the world's top nickel ore supplier.

"But remember there is a mining law and we cannot altogether banish it," he told a media briefing just before he leaves for visits to Cambodia and China.

With an existing law, mining "has to be regulated and allowed" Duterte said, adding he wants stricter measures enforced.

Cimatu replaced staunch conservationist Regina Lopez who ordered the closure of 22 of 41 mines in the world's top nickel ore supplier and banned open-pit mining. Lopez, whose mining crackdown was backed by the president, was removed last week by a panel of lawmakers that review Duterte's appointments.

No mine has yet been closed as companies pursue an appeals process that can only be settled by Duterte.

Cimatu did not offer more insight as to his future policy moves during a turnover ceremony at the environment agency on Wednesday, only saying that "we have to follow the law, we have to safeguard our resources."

"I intend to listen to all the voices out there and make full use of our powers and resources to ensure that these various concerns, some of which often times clash, will be properly and judiciously addressed," he said.

The 70-year-old former military comptroller is the latest addition to a Cabinet stacked with allies of Duterte from his university years or his two decades as mayor of Davao City. -Reuters