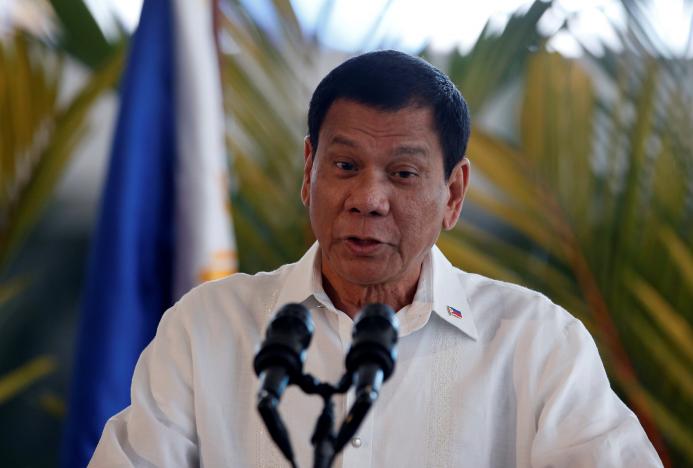 MANILA – Philippine President Rodrigo Duterte hit out at the United States on Tuesday, saying he did not start a fight with Washington and it could forget about a military agreement between both countries if he were to be in power longer. Duterte said he was against the presence of any foreign troops in his country and the United States could "forget" an Enhanced Defence Cooperation Agreement (EDCA) with the Philippines, if he stayed longer, without elaborating. The United States, he said, should not treat the Philippines "like a dog with a leash", adding to confusion about the future the longtime allies' ties. "I look forward to the time when I no longer see any military troops or soldier in my country except the Filipino soldiers," Duterte said prior to his departure to Japan. –Reuters