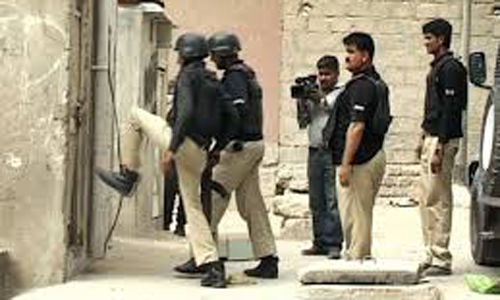 KARACHI (92 News) – The police claimed to have busted a dacoit gang in Malir area on Friday. The police said that the dacoit included a woman and two men. They added that the female dacoit was also known as Pholan Devi in the area. A snatched car and weapons were recovered from the dacoit.