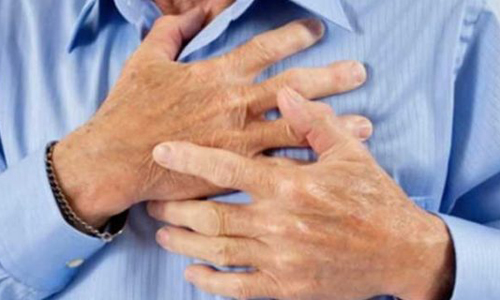 ONTARIO- Intense physical exertion or extreme emotional upset can each trigger a heart attack, and the risk may be highest if the two are combined, according to a new study. “Our study is the largest study exploring this issue, and unlike previous studies we included people from many different countries and ethnicities,” said lead author Andrew Smyth of the Population Health Research Institute at McMaster University in Hamilton, Ontario, Canada. The association between the triggers and the onset of heart attack was similar across all locations, he added. The researchers used data from more than 12,000 cases of first heart attack in 52 countries, recorded in the INTERHEART study. After the heart attack, study staff asked patients if they had been engaged in heavy physical exertion or were angry or emotionally upset in the hour leading up to the heart attack and in the same hour on the previous day. Almost 14 percent said they had been engaged in heavy physical exertion and 14 percent said they were angry or emotionally upset in the hour leading up to the heart attack. Being angry or physically strained roughly doubled the heart attack risk. If the two factors were combined, heart attack was about three times as likely, as reported in Circulation. The researchers didn’t explicitly define “upset” or “exertion” for patients, who decided this for themselves, Smyth told Reuters Health by email. In terms of heart attack triggers, there was no difference between those with and without diabetes or high blood pressure, he said. “It’s useful to know that either getting angry to an extreme or exercising to an extreme could potentially be harmful especially for middle aged people with cardiac risk factors,” said psychologist Barry Jacobs, director of behavioral sciences at the Crozer-Keystone Family Medicine Residency Program in Springfield, Pennsylvania, and spokesperson for the American Heart Association, who was not part of the new study. “One of the weaknesses of the study is that it doesn’t define what an extreme physical exertion experience would be or an extreme anger experience,” Jacobs told Reuters Health by phone. Everyone can benefit from keeping their tempers in check, and when angry, it’s not a good idea to throw yourself into extreme physical exercise, he said. -Reuters