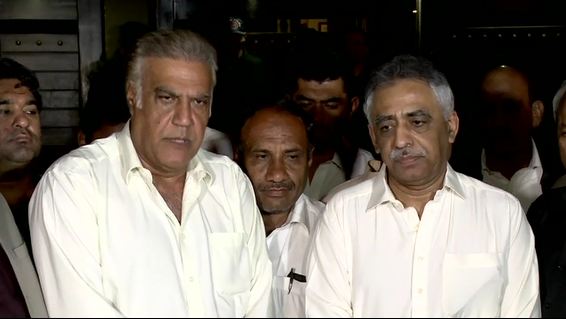 KARACHI (92 News) – A delegation of the Joint Action Committee (JAC) of Pakistan International Airlines (PIA) employees, led by Sohail Baloch, has on Saturday met with the Privatization Chairman Mohammad Zubair and decided to continue the dialogues as suspension of the Pakistan International Airlines’ (PIA) flight operations entered the fifth day.

The meeting between JAC of PIA’s employees and Privatization Chairman Muhammad Zubair continued for at least one and a half hour.

During the meeting, the JAC delegation informed the government delegation regarding their concerns over the proposed privatization of national flag carrier.

Sources said that the flight operation is expected to resume today (Saturday) following the agreement between the government and JAC delegation.

The JAC further seek time for consultation with the striking PIA employees, while the majority of striking employees have hinted of assuming their duties.