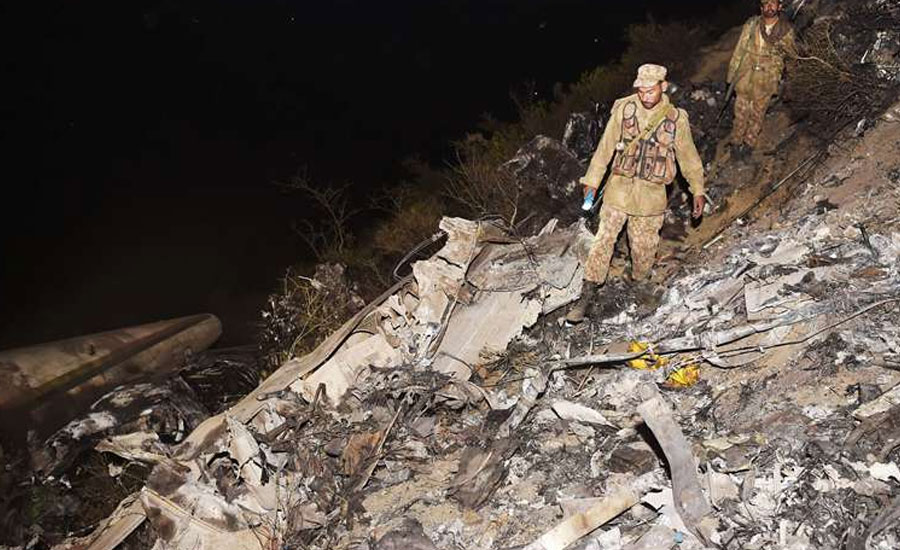 ISLAMABAD (92 News) - The two pilots of Pakistan International Airlines’ (PIA) plane that crashed in December 2016 in Havelian had ‘dubious licenses’ on Monday.

This was revealed in a report submitted to the Supreme Court. In its report, the PIA said that at least 141 pilots who had dubious licenses were identified and the names of Saleh Yar Janjua and Ahmed Mansoor Janjua were among them.

Humayun Jamshed, Junaid’s brother, a report was also shared with him but it didn’t say anything about the pilots.

At least 47 people, including singer-turned-televangelist Junaid Jamshed, were killed when the ill-fated plane PK-661 crashed in Havelian while travelling from Chitral to Islamabad in December, 2016.