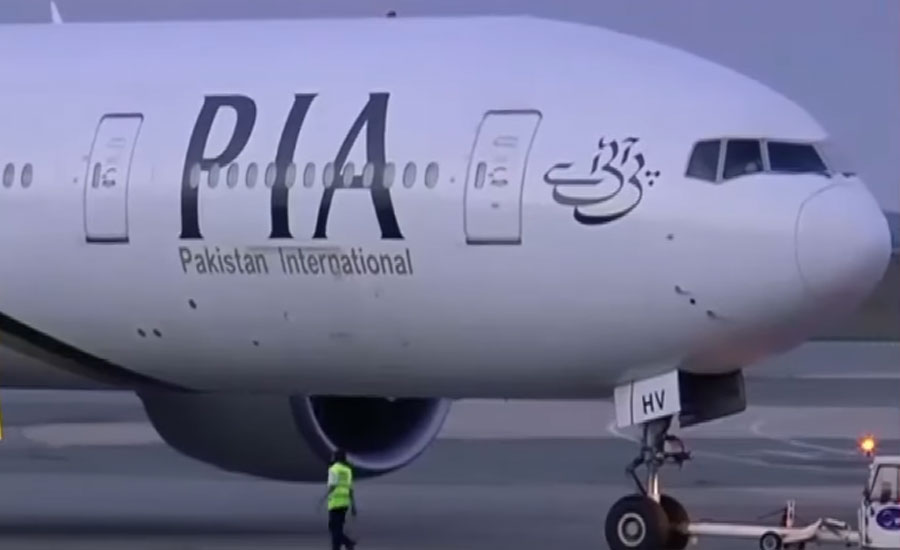 ISLAMABAD (92 News) – Pakistan International Airlines (PIA) has decided to operate four special flights for foreigners stranded in Pakistan on humanitarian basis. It is pertinent to mention here that international operations have been suspended due to coronavirus outbreak. According to PIA spokesperson, three flights will take passengers to UK and one to Canada. All four flights would return to Pakistan empty after dropping the passengers at their destinations. The spokesperson informed that PIA flight PK-781 will depart for Toronto from Allama Iqbal International Airport on March 27. Three PIA flights PK-707, PK-757 and PK-9791 will leave for Manchester, London and Birmingham respectively on March 28 from Islamabad. A day earlier, in a wake to control spread of novel coronavirus after international flights, the government has decided to suspend all types of flight in the country from March 26 to April 2. According to spokesperson of Civil Aviation Authority (CAA), all types of flights including domestic and chartered flights across country will be suspended from March 26 to April 2. All domestic, chartered and private flights will be suspended; however cargo and flights with special permission letters are exempted from the ban. Earlier, government of Pakistan suspended international flight operations for two weeks to stop spread of the virus. In the wake of coronavirus outbreak in Pakistan, Pakistan Railways has suspended all passenger train services till March 31. According to a notification issued on Tuesday, the train operations will be suspended form today 12am till March 31. Pakistan Railways announced that passengers who have advance booking on suspended trains will be accommodated in other trains of their choice on priority once the train service is resumed.