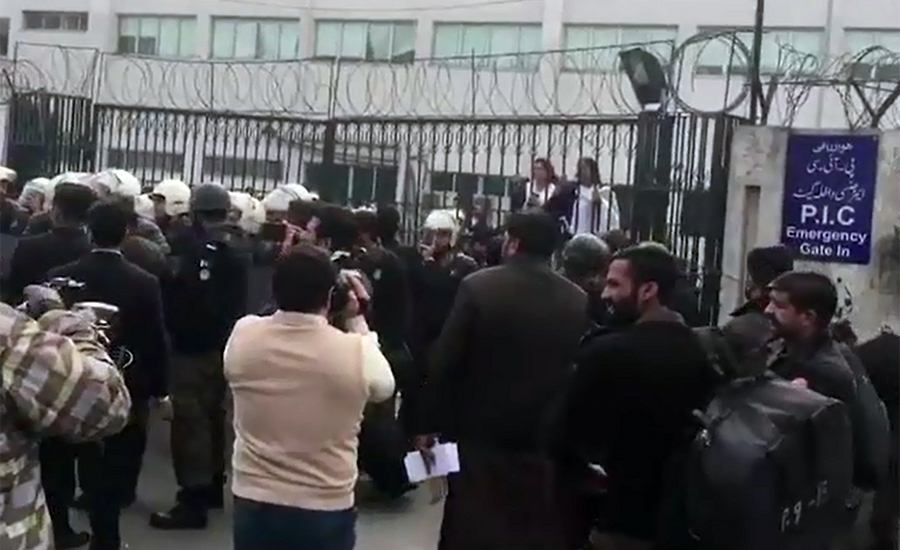 LAHORE (92 News) – The Punjab government has filed an application in the Lahore High Court (LHC) for cancellation of the bail of eight accused of the attack on Punjab Institute of Cardiology. The accused include Hassan Niazi, nephew of Prime Minister Imran Khan, Syed Zain Abbas, Ali Javed, Abddul Majeed, Muzammal Hussain, Abid Hussain Naz, Usama Muaz and Naeem Qamar. The Punjab government, in the petition, contended that the lawyers had subjected the people to violence and ransacked the hospital. It contended that the accused had attacked the PIC with their 100 colleagues. “The anti-terrorism court granted the bail to the accused, ignoring the facts. Several people lost their lives due to the attack while treatment of thousands of people was affected,” he said. It prayed to the court to cancel the bails of the accused. The Shadman police registered two cases against 21 nominated and 250 unknown lawyers on the charge of storming the Punjab Institute of Cardiology (PIC). The cases were registered under sections 322, 440, 452, 353, 186, 354, 148, 149, 337H(2) and 395 of Pakistan Penal Code (PPC) on the complaint of Dr Zeeshan, Dr Irfan Niazi, Dr Muhammad Irfan and Dr Muhammad Habib.