LAHORE (92 New) – A lawyer – who involved in torturing Punjab Information Minister Fayyazul Hassan Chohan during the attack at Pakistan Institute of Cardiology (PIC) by the lawyers – has been identified on Sunday. According to the reports, the authorities have identified another lawyer involved in thrashing Chohan, he was identified as Abdul Majid resident of Harbandpura. The police raided to arrest Abdul Majid but the accused fled to the home after locking doors. 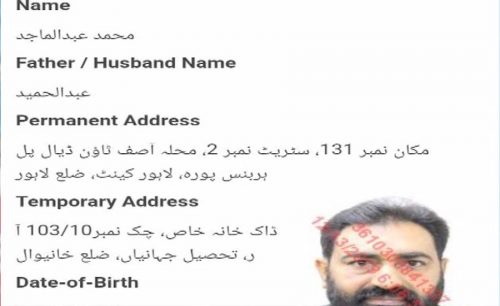 The security personnel have said that raids are being conducted to arrest the perpetrators while identification process of six more lawyers is also underway. It is pertinent to mention here that the OPD and indoor services of the PIC remained suspended on the fifth consecutive day after hundreds of lawyers rampaged through the cardiac health facility. On the other hand, atients are facing severe hardships due to unavailability of treatment at PIC which could not be made operational after the attack by lawyers four days ago. On the other hand, the Grand Health Alliance (GHA) office-bearers announced to work only in the emergency ward. They said that their strike would continue in Indoor and Outdoor. The operation theaters are also closed due to the strike. Earlier, Chohan held Pakistan Muslim League-N (PML-N) responsible for attack on him.  Addressing a press conference after lawyer incident in Punjab Institute of Cardiology (PIC), the minister claimed that N-league is responsible for attack on him. “One of the lawyer, who attacked on me, is close aide of PML-N Vice President Maryam Nawaz. “I tried to mediate on the directions of the Punjab Chief Minister Usman Buzdar but the lawyers thrashed me. They tried to kidnap me and even opened fire behind my back side,” Fayyaz Chohan maintained. The provincial minister said that the government will register first information reports (FIRs) against all responsible for the violence and hand them exemplary punishments.

Govt to compensate loss, damage of vehicles of doctors

On the other hand, a high level meeting was held at Punjab Institute of Cardiology in Lahore with Punjab Minister for Health Dr Yasmeen Rashid in the chair to review all dimensions of the tragic incident that took place at the PIC. Speaking on the occasion, the Minister said that government is standing with all victims’ including doctors of the Institute. Yasmeen Rashid said the government will estimate the loss and damage of vehicles of doctors and compensate them. She also condemned the attack by legal community on herself.