Groups of worshippers, many holding umbrellas against the fierce sun, recited verses from the Holy Quran on the rocky rise, where the Holy Prophet Hazrat Muhammad gave his final sermon.

Prayers on Mount Arafat, also known as the 'Mount of Mercy', are the highlight of the pilgrimage, capped this year at one million people including 850,000 from abroad after Covid greatly reduced numbers over 2020 and 2021.

Pilgrims, many of them in simple white robes and chanting 'Oh God, here I am', reached Mount Arafat on foot or in buses from the tents nearby where they spent the night.

After sunset, they will journey the short distance to Muzdalifah, where they will sleep under the stars before performing the symbolic 'stoning of the devil' ceremony on Saturday.

"I am so happy to be here, like everyone else. This is the biggest Hajj in the coronavirus era, but it isn't big enough yet," Egyptian pilgrim Saad Farhat Khalil, 49, told AFP. "There are one million here today, but if the Saudis allowed more, 10 million would have came," he added. 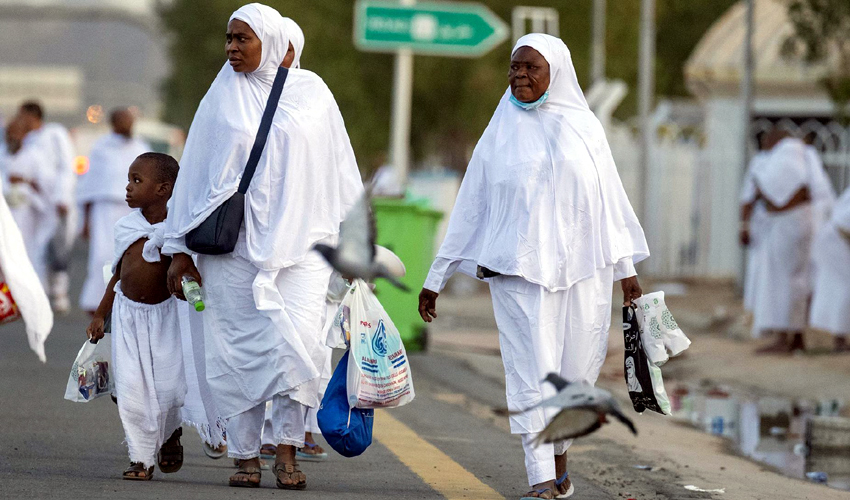 Entry roads were packed with worshippers as helicopters buzzed overhead and volunteers handed out bottles of water and collected rubbish in green plastic bags. "Let's keep the purest of all lands clean," read a sign on a large garbage container.

The Hajj, usually one of the world's largest annual religious gatherings, is among the five pillars of Islam and must be undertaken by all Muslims with the means at least once in their lives. In 2019, as in previous years, some 2.5 million Muslims from around the world took part, a figure that dropped to a few thousand in 2020 and 60,000 in 2021.

Even though the crowds are back, Covid fears remain and the Hajj is taking place against the backdrop of a resurgence in the region, with some Gulf countries tightening restrictions to keep outbreaks in check.

All participants were required to submit proof of full vaccination and negative PCR tests. On reaching their white-tent encampment at Mina on Thursday, they were handed small bags containing masks and sanitiser.

The pilgrimage can be physically draining even in ideal conditions, but worshippers this year have faced an added challenge: scorching sun and temperatures rising to 42 degrees Celsius (108 degrees Fahrenheit).

Islam forbids men from wearing hats once the rites start, and many have been seen shielding themselves with umbrellas, prayer mats and even, in one case, a small bucket filled with water. Women, meanwhile, are obliged to cover their heads with scarves.

"We can tolerate (the heat). We are here for the hajj. The more we tolerate, the more our pilgrimage is accepted," Laila, a 64-year-old Iraqi pilgrim who gave only her first name, told AFP in Mecca, where the rituals started. 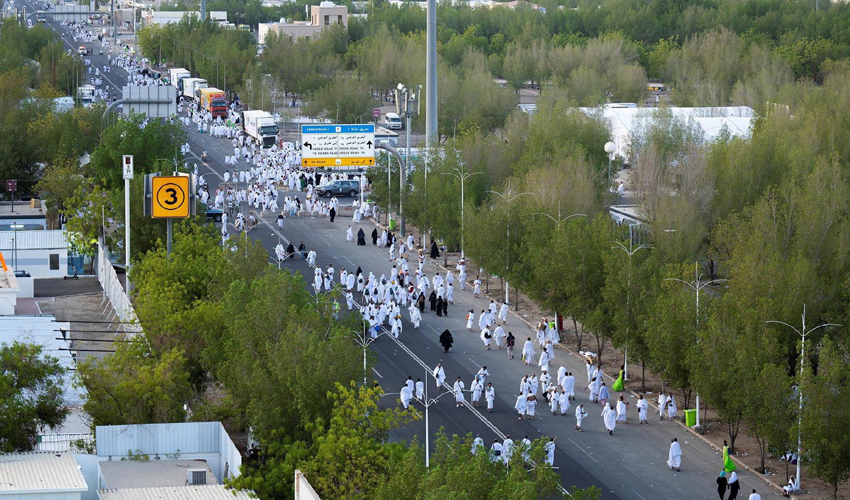 Saudi officials have touted their preparations for the extreme conditions, highlighting the hundreds of hospital beds allocated for heatstroke patients and the "large number of misting fans" they have provided.

A truck has also been allocated to distribute umbrellas, water bottles and small fans.

Nevertheless, the National Centre for Meteorology, which has set up an office in Mina, is sending warnings to pilgrims on their mobile phones, urging them to avoid outdoor rituals at certain times of the day, especially at noon. 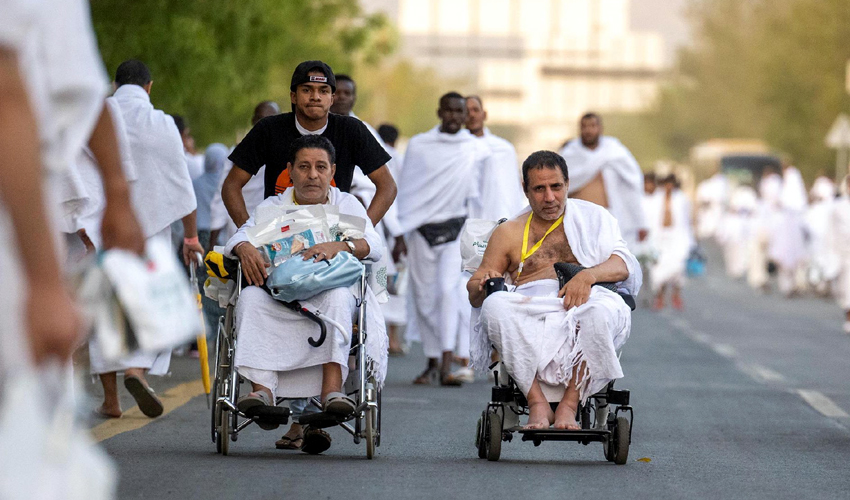 On Saturday, Muslim pilgrims will take part in the 'stoning', the last major ritual of the Hajj which has previously led to deadly stampedes, as hundreds of thousands of participants converge on a small space.

After the stoning ritual, pilgrims return to the Grand Mosque in Makkah to perform a final 'Tawaf' or circling of the Ka'aba, the cubic structure draped in a gold-embroidered black cloth that is the focal point of Islam. Eid al-Azha, the feast of the sacrifice that begins on Saturday, marks the end of Hajj.