MAKKAH (AFP) – Hundreds of thousands of pilgrims journeyed from Saudi Arabia's Mecca to a white-tented city in Mina on Thursday as they neared the highlight of the biggest hajj ritual since the coronavirus pandemic began.

Worshippers took buses or walked to Mina, seven kilometres (four miles) from Mecca's Grand Mosque, Islam's holiest site, where they circled the imposing black Ka'aba at the start of the rituals on Wednesday.

Dressed in simple white robes, the pilgrims will spend the night in the air-conditioned white tents of Mina, which sits in a narrow valley surrounded by rocky mountains and is transformed each year into a vast encampment.

"I feel great. This is all to be closer to God," Tunisian pilgrim Khaled Bin Jomaa, 44, said as he entered the camp on foot, carrying an umbrella and a prayer mat. 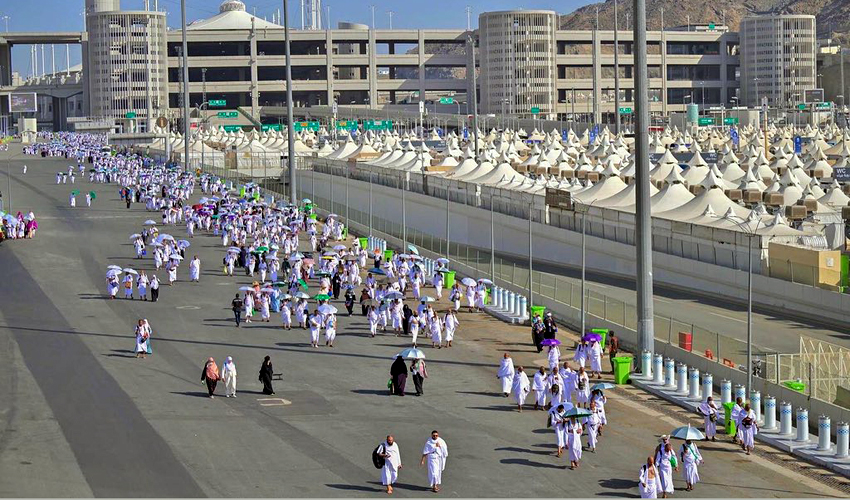 The pilgrims are positioning themselves for the highlight of the Hajj on Friday: ascending Mount Arafat, where the Holy Prophet Hazrat Muhammad (PBUH) delivered his final sermon.

Worshippers will pray and recite the Holy Quran for several hours at the mountain and sleep nearby. On Saturday, they will gather pebbles and perform the symbolic 'stoning of the devil'.

The Hajj, one of the world's biggest religious gatherings, has not gone smoothly for everyone. Saudi Arabia's Hajj ministry demanded the sacking of two top officials at a company that organises pilgrimages, over their failure to provide decent services, the official Saudi Press Agency said on Thursday.

State-run Al-Ekhbariya TV said the company handled pilgrimages from overseas and was responsible for 'problems with food and accommodation' including a lack of air conditioning at the Mina camp.

'Breathing in my face'

Fridges packed with yoghurt, juice and water were waiting at the temporary accommodation in Mina, along with a food buffet and fruit baskets.

One pilgrim complained about the lack of space in his room, before the manager asked his assistants to move him to another one. "It is too tight. I can feel the guy next to me breathing into my face," the pilgrim said. 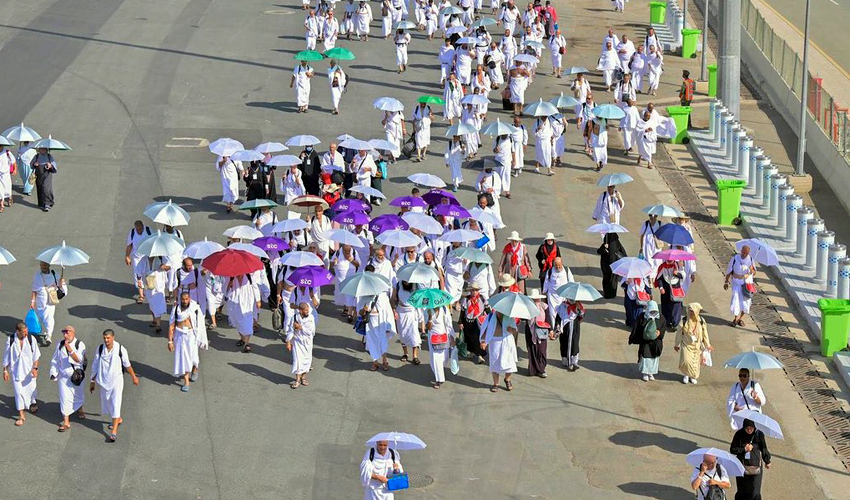 The crowds, capped at one million including 850,000 from abroad chosen by lottery, are the biggest since 2019 after two Covid-hit years when only tens of thousands were allowed.

All worshippers are fully vaccinated and submitted negative PCR tests, but the rituals are taking place against the backdrop of a resurgence of Covid-19 in the region. Some Gulf countries have tightened restrictions to keep outbreaks in check.

The Hajj ministry has said it is working on the highest levels of health precautions in light of the pandemic and the emergence of new variants.

At Mina, the pilgrims were handed small bags containing masks and sanitiser, and ambulances were parked at the camp's entrances. Temperatures of 42 degrees Celsius (108 degrees Fahrenheit) are another challenge. Four hospitals and 26 health centres have been prepared at Mina to treat pilgrims who might fall ill.

"We have taken all precautions. We have doctors here ready to intervene in case needed," said Ahmad al-Zinani, a camp manager.

The rituals are being performed under strict security measures that include police checkpoints in parts of Makkah.

The Commander of the Air Force Group participating in this Hajj season, Colonel Pilot Khaled bin Abdullah Al-Mutairi, told state media Wednesday that military helicopters will be used "around the clock... to support the public security". 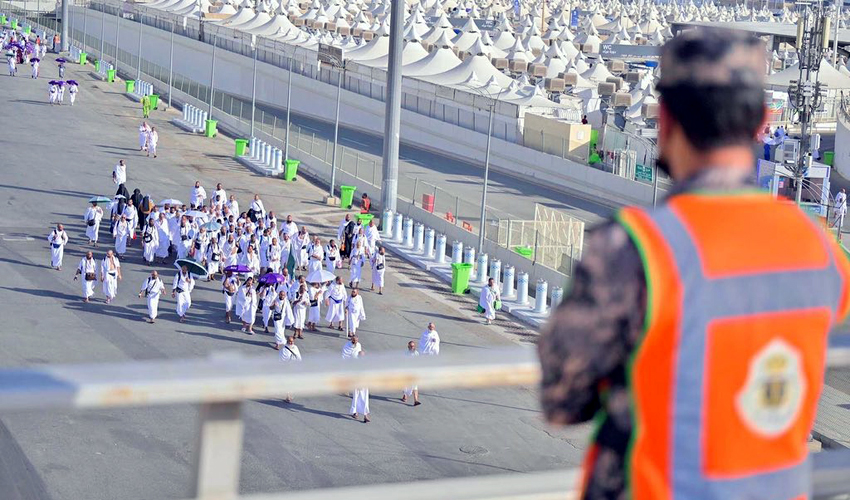 In 2019, about 2.5 million Muslims from around the world participated in the event, which poses a considerable security challenge and has seen several disasters over the years, including a 2015 stampede that killed up to 2,300 people.

The rites are taking place under strict security measures that include police checkpoints in parts of Makkah. Military helicopters will be used 'around the clock... to support the public security', the commander of the Air Force Group participating in this Hajj season, Colonel Khaled bin Abdullah al-Mutairi, told state media.