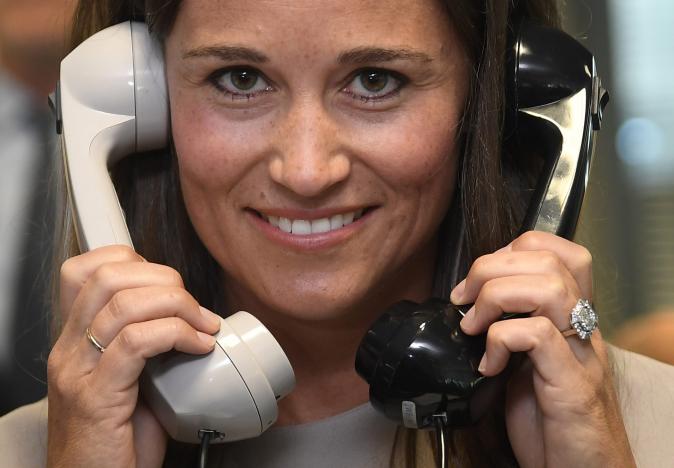 LONDON - Pippa Middleton, younger sister of the Duchess of Cambridge, won a court injunction on Wednesday banning publication of 3,000 photos allegedly hacked from her iCloud account. No details of the photos have been made public but newspapers have speculated they included images of the Duchess, Kate, her husband and future king Prince William and the couple's children Prince George and Princess Charlotte, who are currently touring Canada. The injunction obtained at the High Court by Pippa Middleton, 33, and her fiance James Matthews, 40, blocks publication of the photos or any other information that might have been taken. "The evidence points towards this having been a flagrant and dishonest act which has caused the claimant some considerable distress," said Middleton's lawyer, Adam Wolanski who said there was evidence that there had been a hack. Neither Middleton nor Matthews were in court. Website designer Nathan Wyatt, 35, of Wellingborough, central England, has been arrested and bailed on suspicion of a Computer Misuse Act offence in connection with the case. He has been ordered to return to a south London police station in November. The Sun newspaper reported last week it had been contacted via the WhatsApp encrypted messaging service and offered intimate pictures of Middleton in return for 50,000 pounds. Wolanski said they were not concerned about the photos appearing in Britain's national newspapers but that the problem was "rogue elements" on the internet. -Reuters