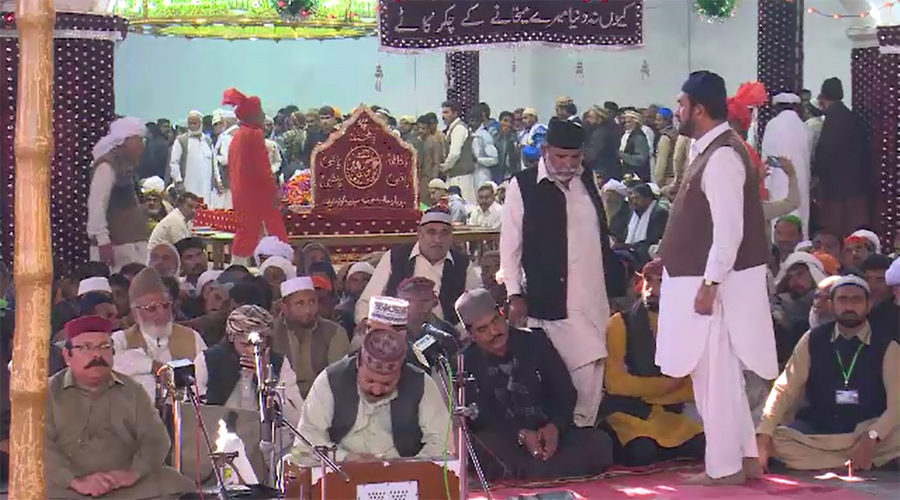 RAWALPINDI (92 News) – The two-day Urs of Pir Naseeruddin Naseer started in Golra Sharif on Friday. Thousands of devotees from across the country participated in the Urs. Mahfil-e-Samaa and special prayers were offered on the first day. The Urs will conclude on 18th Safar. Stringent security arrangements had been made on the occasion. Walkthrough gates have been installed to frisk the devotees. Besides policemen FC jawans have been deployed on the occasion.