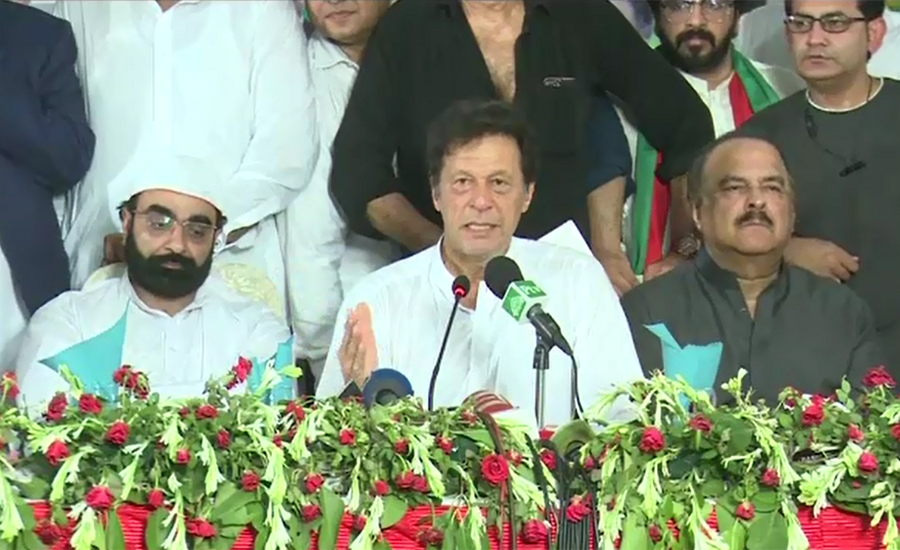 SARGODHA (92 News) – PTI chairman Imran Khan visited the shrine of Sial Sharif on Monday. The Pir of Sial Sharif Hameeduddin Sialvi announced to support the Pakistan Tehreek-e-Insaf in the general elections and ordered his devotees to vote for the PTI. Speaking on the occasion, Imran Khan said that it will not be easy for the winner to run the country. 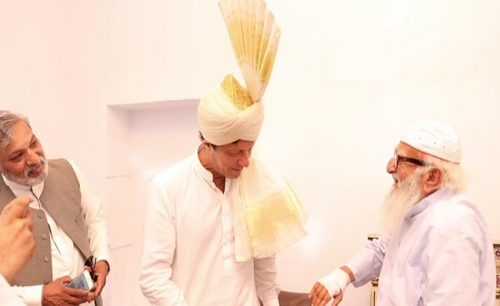 “The PML-N government destroyed the country during five years,” he said. “The nation is ready for a change this time.” Imran Khan said that the person strengthening the institutions could put the country on the right track. He said that it was not the general elections. “The PTI manifesto will carry a special package for farmers,” he added. The PTI chairman said that he had gone astray and a Wali Allah (friend of Allah) showed him the right path.