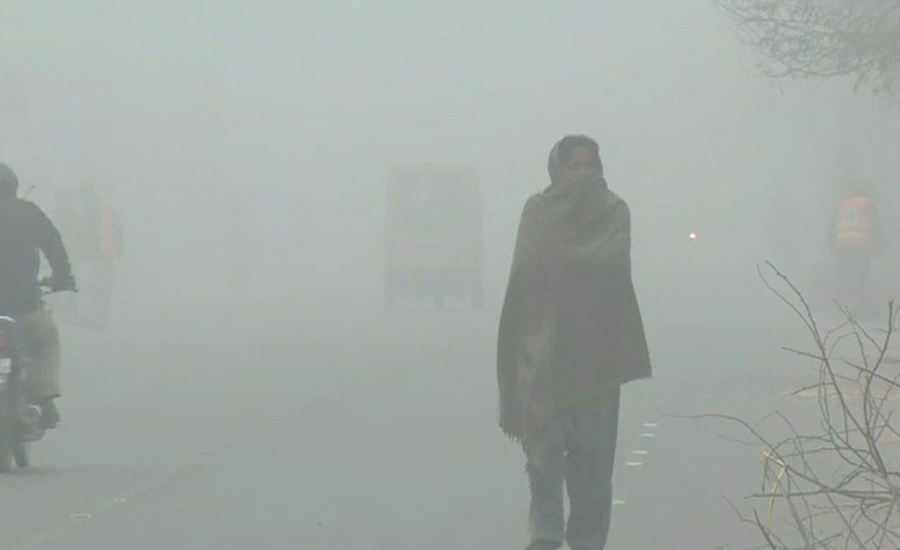 LAHORE (92 News) – The plain areas of Punjab and Khyber Pakhtunkhwa (KP) are experiencing dense fog with low to zero visibility on the roads on Thursday. According to the reports, most plain areas of Punjab and few districts of Khyber Pakhtunkhwa remained under the grip of dense fog in the country. The fog caused poor visibility and made conditions difficult for driving. Poor visibility has also caused scores of flights to be diverted or re-routed in the region. National Highway and Motorway Police closed different sections of Motorways for commuters. Officials of the Motorway Police have advised commuters to check with the Motorway Police before travelling. Hazara Motorway till the Shah Maqsood Interchange, Motorway M3 from Faizpur interchange to Darkhana and Motorway M4 Sher Shah to Faisalabad are closed. Owing to the intense fog, several flights have also been delayed or diverted. The PMD predicted that mainly cold and dry weather is expected in most parts of the country, while very cold in northern Balochistan, upper Khyber Pakhtunkhwa, Gilgit Baltistan and Kashmir during the next twelve hours. Temperature of some major cities recorded on Thursday morning: Islamabad four degree centigrade, Lahore eight, Karachi twelve, Peshawar six,  Muzaffarabad one, Quetta minus four, Murree minus one and Gilgit zero degree centigrade.