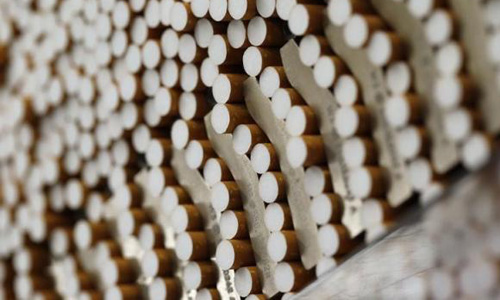 REUTERS HEALTH - Plain cigarette packages adorned with graphic health warnings may make smokers more likely to consider quitting, an Australian study finds. In an effort to make smoking less appealing, starting in late 2012 Australia required that cigarettes be sold in boxes emblazoned with harsh words and bold color photos illustrating the health risks. One box says "smoking kills" above a close-up image of a toe-tagged foot in the morgue; another says "smoking causes blindness" and displays a photo of an eyeball in a shriveled socket. "The health warnings were new and larger than before, but also for the first time they appeared on the required plain drab brown packs so they stood out more and looked more serious," said senior study author Melanie Wakefield. "Thinking the health warnings were credible and trying to avoid the warnings predicted more thoughts about quitting and quit attempts," Wakefield, of the Cancer Council Victoria in Melbourne, said in an email. Wakefield and colleagues surveyed smokers before and after the new packages debuted to see how the design changes influenced thoughts about quitting. After doing an initial phone survey of more than 10,000 people between April 2012 and March 2014, the researchers followed up with about 5,000 smokers to see how they felt about the packages after one month of use. Study participants were 18 to 69 years old. They were identified as smokers if they used cigarettes daily or weekly. People who indulged less often could identify themselves as smokers or nonsmokers. The researchers split the smokers into four groups based on the timing of the followup survey: a couple of months before the new boxes debuted; just as the packages came out; later in the introductory period; and after the redesign was fully implemented. Smokers surveyed later in the introductory period were significantly more likely to think about quitting at least once a day than those contacted before the new packages debuted, the study found. But the shock value may have worn off over time; a year after the design change smokers reported little difference in their thinking between baseline and follow-up. As the packages became more commonplace, smokers became more likely to exhibit shame about their habit by hiding the box or prematurely stubbing out cigarettes. Both actions happened much more often among smokers surveyed after the redesign was fully implemented. The effects of the new packages on quitting behavior were modest, the researchers acknowledge in the study, published in the journal Tobacco Control. And larger, longer-term studies will be needed to see if the boxes with graphic warnings can convince smokers to quit for good. But it's a good start, particularly for trying to stop young people from picking up that first cigarette, said Janet Hoek, co-director of Aspire2025, an organization of researchers for a tobacco-free New Zealand and a professor of marketing at the University of Otago in Dunedin. "Cigarette packages have been meticulously crafted so they communicate attributes that will appeal to young people, the tobacco industry's replacement smokers, and reassure existing smokers," said Hoek, who wasn't involved in the new study. "If tobacco packages are no longer glamorous or appealing, but are instead unattractive and off-putting, fewer young people will be tempted," she told Reuters Health in an email. Plain packages can have three positive effects in the push to deter smoking, Gerard Hastings, director of the Institute for Social Marketing at the University of Stirling in Scotland, said by email. "It strips away the branding which draws people to the pack, removes any false reassurance that features like pastel colors and soothing descriptors are designed to provide, and makes the health warning more prominent," said Hastings, who wasn't involved in the study. Australia is a leader in this effort, Mohammed Al-hamdani, a tobacco control researcher from Saint Mary's University in Nova Scotia, Canada, said by email. "The effectiveness of a health warning is higher on the new plain packages because this form of packaging strips cigarette packages from all of its (branding) imagery elements," said Al-hamdani, who wasn't involved in the study. "The rest of the world should follow Australia's bold steps toward the tobacco endgame."