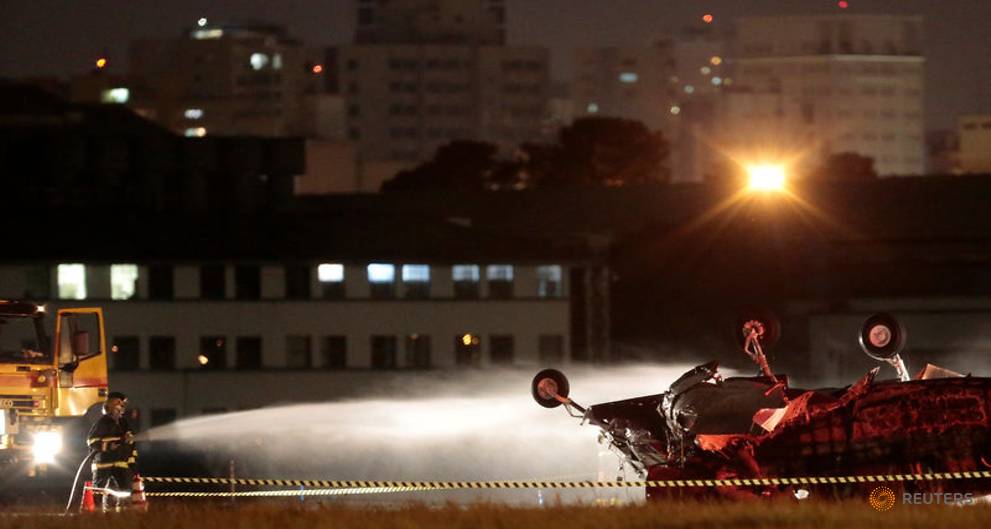 BRASILIA (Reuters) - A small plane crashed on landing at Sao Paulo’s Campo de Marte airfield afternoon, killing the pilot, but his six passengers survived, the Brazilian agency that operates the airport said. The pilot was caught in the burning wreckage of the twin-engine Beechcraft King Air and died before he could be rescued, the fire brigade said. The G1 News website reported that the founders of Videplast, a leading plastic industry company that makes flexible packaging, Nereu and Geraldo Denardi, were among the passengers who survived.