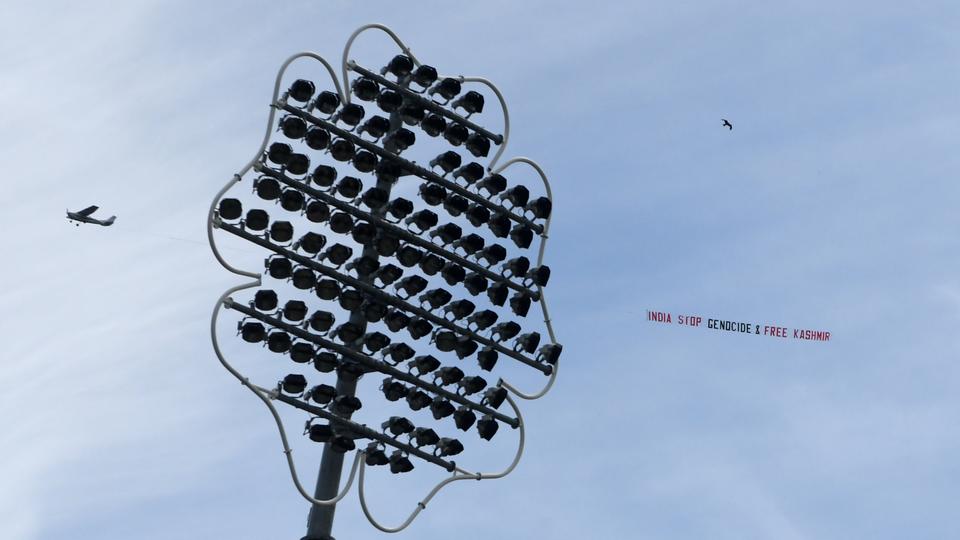 LONDON (Reuters) – Banners reading “#Justice for Kashmir” and “India stop genocide & free Kashmir” were flown over Headingley during India’s World Cup clash with Sri Lanka on Saturday. A plane towing a “Justice for Kashmir” message flew over Headingley during India’s final group game against Sri Lanka. The Sri Lankan innings was into its first hour when the plane moved over the stadium with the message. A second message was towed across the venue, though it could not be ascertained if it was done by the same plane. “We are incredibly disappointed this has happened again,” an International Cricket Council (ICC) spokesman said in a statement. “We do not condone any sort of political messages at the ICC Men’s Cricket World Cup. Throughout the tournament we have worked with local police forces around the country to prevent this type of protest occurring. “After the previous incident we were assured by West Yorkshire Police there would not be repeat of this issue, so we are very dissatisfied it has happened again.” Nuclear-armed neighbours India and Pakistan have fought two of their three wars since independence over Kashmir, which both claim in full but rule in part.