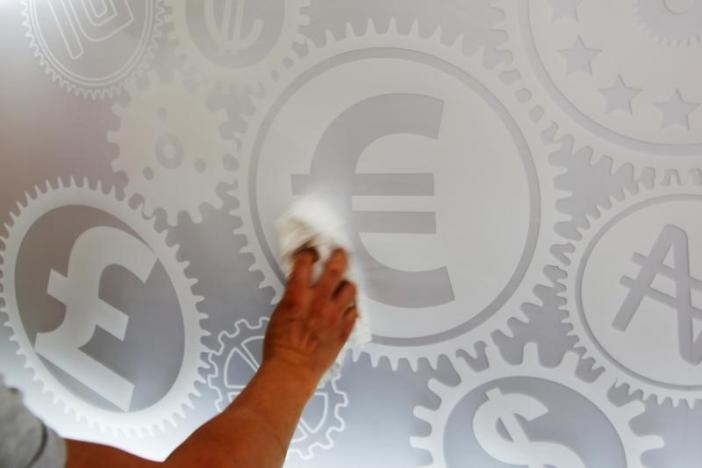 BRUSSELS – A planned reform of global banking rules being discussed by the United States, Europe, Japan and other major economies risks negatively affecting European banks and needs to be changed, the EU financial services commissioner said on Thursday.
The Basel Committee, a body of banking supervisors from nearly 30 countries, set the year-end as deadline to conclude an overhaul of banking rules - known as Basel III - meant to make the sector safer. But opponents, mostly in Europe and Japan, feel the review goes too far. They fear it disproportionately increases how much capital banks must hold against risk. "As things stand, the proposals Basel has issued for consultation would imply significant capital requirement increases in all areas," EU commissioner Valdis Dombrovskis told a banking conference in Brussels, in the most explicit criticism so far of the review by a European official. He made it clear Europe could not accept a reform that would lead to a significant increase of capital requirements for European banks, and called for a more balanced proposal. RULES 'A LA CARTE'? European bankers were encouraged by Dombrovskis' "change of tone" compared with past EU statements on the issue, a banking official said. It remained to be seen what capital requirements increase would be acceptable to the EU in a possible deal with the United States. Officials at banking trade body AFME estimated the new rules would likely increase capital at least by 6 percent on average. The rise in capital requirements would hit mostly European banks, the industry fears, because under the proposed rules their large loan portfolios would make them look more risky than U.S. banks which provide more bond financing and package mortgages on for trading elsewhere. A second banking source said Europe may consider a Basel deal only as "guidance" and apply it flexibly. "We need to continue having international convergence as regards rule books," said Martin Merlin, the Commission's official in charge of financial regulation. But he added that while abiding by common principles, the EU when needed "should be able to depart from what is agreed at international level," as it happened in the application of the previous Basel reform. Merlin said the European Commission will propose changes to banking rules in coming weeks to ease reporting and disclosure requirements for smaller banks, but he said this would not include easing capital requirements. Contrary to the United States, banks still represent by far the main source of funding for companies in Europe. With sluggish economic growth and a teetering banking sector, EU and euro zone officials are keen to avoid saddling their banks with further costs and restrictions that may reduce their ability to make loans to companies and households. The German government had to deny on Wednesday that a rescue plan was in the works for Deutsche Bank (DBKGn.DE), Europe's biggest lender, in case it was unable to pay a fine of up to $14 billion from the U.S. Department of Justice for its activities before the 2007-08 financial crisis. –Reuters