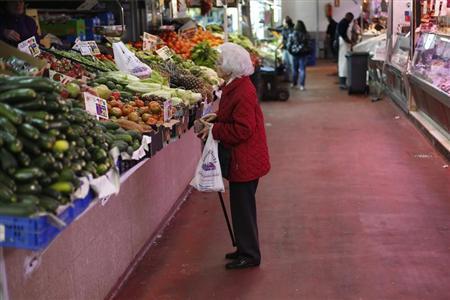 CHICAGO - A plant-based diet may lower the risk of colorectal cancers, particularly if it includes seafood and fish, a large US study finds. Previous research suggests that vegetarians have a reduced risk of certain cancers, heart disease, diabetes, high blood pressure, and obesity. The current study, published in JAMA Internal Medicine, offers fresh insight into the health benefits of different types of plant-based diets. "We were surprised to find that pescovegetarians had a significantly lower risk of colorectal cancers than people on other vegetarian diets," said lead study author Dr. Michael Orlich, an assistant professor in medicine and public health at Loma Linda University in California. Orlich and colleagues used dietary questionnaires, medical records, and cancer registries to examine the link between eating habits and cancer prevalence in a nationwide sample of 77,659 Seventh-Day Adventists, a religion that encourages a healthy lifestyle and abstinence from smoking and drinking. After an average follow-up of 7.3 years, there were 380 cases of colon cancer and 110 cases of rectal cancer. Overall, compared to regular meat eaters, the vegetarians were 22 percent less likely to have colorectal malignancies, the study found. Pescovegetarians, which the researchers defined as people who ate fish at least once a month and meat less than once a month, had the biggest risk reduction – 43 percent. For lacto-ovo vegetarians, who consumed eggs and dairy while limiting fish and meat to less than once a month, the risk reduction was 18 percent. Vegans, who ate eggs, dairy, fish, and meat less than once a month, had a 16 percent risk reduction. Even limiting fish and meat to once a week had some benefit; semi-vegetarians had an 8 percent risk reduction. "The comforting takeaway is that a person doesn't need to be vegan and cut out all eggs, dairy, and fish to get some benefit in terms of reducing the risk of cancer," said Dr. Leonard Saltz, chief of the gastrointestinal oncology service at Memorial Sloan Kettering Cancer Center in New York. According to the National Cancer Institute, approximately 4.7 percent of men and women will be diagnosed with colon and rectum cancer at some point during their lifetime, based on 2009-2011 data. The new study isn't conclusive, because it didn't randomly select people to follow specific diets. Still, it offers more evidence in support of a diet often recommended for cancer prevention, said Saltz, who wasn't involved in the study. "To the degree you can adjust your diet so it is primarily fruits and vegetables and seafood, it's healthier," Saltz said. "We're not saying you're committing suicide if you have a cheeseburger, but it should be a treat, not a regular occurrence." Several nutrients in fish may help protect against colorectal cancers, said Stacy Kennedy, a specialist in oncology nutrition at Dana-Farber Cancer Institute in Boston. Fish is high in omega-3 fatty acids, which have been shown in previous research to reduce inflammation and lower the risk of some types of cancer, said Kennedy, who wasn't involved in the current study. Many fatty fish are also a rich source of vitamin D, which has been shown to protect against colon cancer and other malignancies, she said. "Making small changes in your diet can be really helpful for cancer prevention," Kennedy said. "For somebody already on a plant-based diet this study can help inform their choices about what to include in their meals, and for somebody who is eating more red meat this could encourage them to gradually cut back on that and add more fish and vegetables." - Reuters