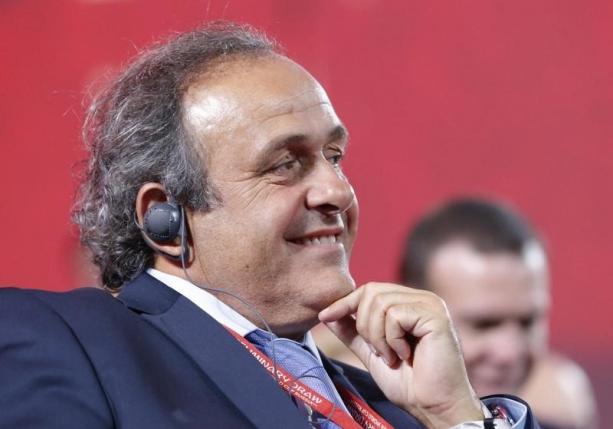 LONDON – FIFA presidential candidate Michel Platini has won the key backing of the head of the Asian Football Confederation, Sheikh Salman Bin Ebrahim Al Khalifa of Bahrain. Sheikh Salman said in a statement backing the UEFA president on Friday that the world governing body would "need a leadership with experience, wisdom and ability to bring back stability to FIFA. "Mr. Platini boasts such characteristics and has an ambitious vision to renew belief in the organisation," he said. The news will be particular welcome for the early frontrunner Platini given his closest challenger to emerge so far is an Asian candidate -- South Korean former FIFA vice-president Chung Mong-joon. FIFA will hold an elective congress on Feb. 26 to decide on the replacement for outgoing president Sepp Blatter, who is standing down following the organisation's corruption scandals. While Sheikh Salman's endorsement is a personal one at this stage he made it clear he wanted his region to be united in the vote "for the good of Asian football." Other candidates who have declared there intention to run are former Brazil great Zico, Liberian FA chairman Musa Bility and ex-Trinidad and Tobago midfielder David Nakhid. Prince Ali bin Al Hussein of Jordan, who was defeated by Blatter in May's election, could be another Asian candidate while South African businessman and former political prisoner Tokyo Sexwale is weighing up his own bid. A Platini team spokesman said: "Michel Platini is pleased with the official show of support from Sheikh Salman. This clearly illustrates that the UEFA president is a global candidate who has been able to garner support from outside Europe as well as within it." FIFA was thrown into turmoil in May when U.S. prosecutors announced the indictment of nine current and former soccer officials, many of whom had FIFA positions, and five sports marketing executives. All candidates must gain the nomination of five national federations and submit their candidature to FIFA by Oct. 26 when they will also be subject to an integrity check. The 60-year-old Platini is a former France international who also played for Italian giants Juventus. He later coached the French national team before moving into football administration. –Reuters