DUBAI (92 News) - Faf du Plessis, the South Africa captain, expects a “nice and hostile” reception when his team travels to Australia for a limited-over series.

The teams are set to play three one-day internationals and one Twenty20 International. It will be the first time they will face off since the acrimonious Test series in South Africa, when Steve Smith, David Warner and Cameron Bancroft found themselves in trouble over ball-tampering and were subsequently handed lengthy bans. Du Plessis expects the Australian crowds and media to make it difficult for them, but added that the sense of competition might bring out the best in his team. "Australia is our favourite team to play against,” he said ahead of the team’s departure on Tuesday, 23 October. “All the stuff that comes with playing them, on and off the field, I love that and I feel that brings the best out of us as a team and even us as South Africans, we love that fiery competition.” In late 2016, on their previous visit Down Under, du Plessis was in a ball-tampering controversy of his own when he was seen sucking on a mint and appearing to use it to shine the ball. He was fined 100% of his match-fee and became a target of the press, but went on to respond with a century. "It will be nice and hostile. The last two tours home and away, it's certainly been very entertaining off the field. We are not expecting anything less. Zunaid (Wadee), our security officer, has been working hard in the gym, he's prepared for whatever lies ahead," du Plessis joked. 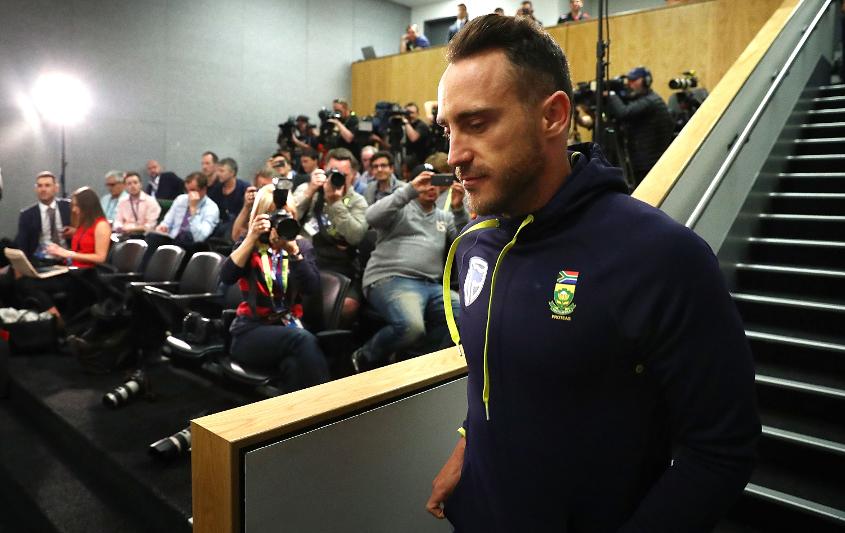 "It's definitely not an easy place to travel. The crowds do play their part, they're like a 12th man. Your mental capabilities and strength is just as important as your skill. “For a lot of the new guys it will be the first time where they field on the boundary and they hear just how good they are as human beings. That will be a new thing for them.” As for the cricket itself, the captain hoped to concentrate on finding the right balance for the team ahead of the ICC Cricket World Cup 2019. The team for the World Cup was "85% close" he said, but acknowledged that injuries had hampered preparation. South Africa will be without the services of Hashim Amla and JP Duminy, but Chris Morris is back after a long injury lay-off. “He's got so much X-factor as a white-ball cricketer, and this is an important tour for him to make sure he starts getting it right in terms of consistency," du Plessis said of Morris. "We know on his day he's as good as any player in the world."