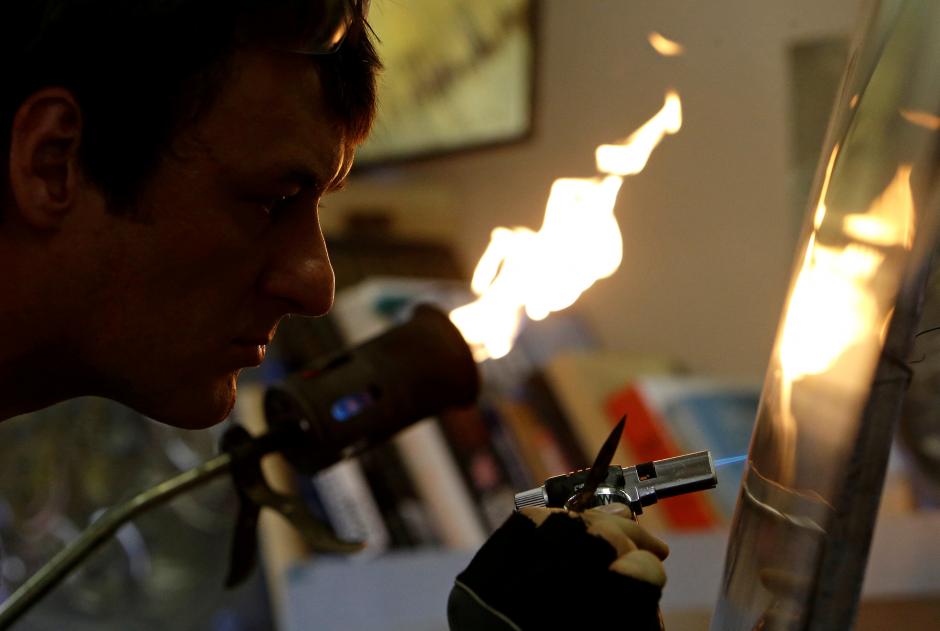 PRAGUE, Czech Republic (Reuters) - Czech artist Ladislav Vlna has swapped his brush for a blowtorch as he 'paints' with fire to create artworks that change according to lighting.

The 40-year-old artist begins by painting a draft upon a steel surface and then carves, sharpens and polishes the basic image into it before putting a flame to the engraving which alters its color, depending on the temperature. This process gives the piece its unique appearance.

"I am painting using fire instead of a paintbrush. I am extracting the colors from inside the steel with heat and fire."

The appearance of each painting is affected by the light reflected onto the metal’s surface. By creating shapes within the metal, it manipulates the light to emphasize the unique 'brushstrokes' the fire has molded.

"The picture placed on the same place looks different in the morning and in evening depending on the light changing", he said.

Each piece takes Vlna weeks to complete, some have sold for up to 8,000 euro ($9,400). He spent 15 years perfecting the technique, through trial and error.

In addition to his fire works, he also paints watercolors, illustrates children's books and creates sculptures.