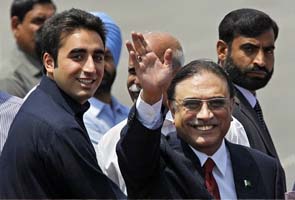 LAHORE (92 News) – The Lahore High Court (LHC) rejected the plea seeking disqualification of Pakistan People's Party (PPP) Cahirman Bilawal Bhutto and former president Asif Ali Zardari. The petition relating to the violating the Election Commission of Pakistan’s code of conduct against Bilawal Bhutto heard in the LHC. The court rejected the petition declaring non-admissible for hearing. Earlier on Tuesday, Bilawal Bhutto Zardari was served a show-cause notice for violating the Election Commission of Pakistan’s code of conduct during his Lyari visit. Deputy Commissioner South issued the show-cause notice stating that the PPP chairman had not informed the district or police administration ahead of his rally in Lyari on July 1st. According to the ECP’s code of conduct it is necessary for the politicians to inform concerned authorities three days in advance prior to their rallies. The PPP chairman has been asked to clarify his position by July 5th. The notice warned that action would be taken as per the law upon failure to submit a reply by the given date.