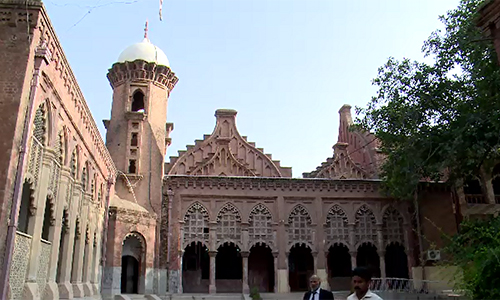 LAHORE (92 News) – The Lahore High Court on Monday rejected a petition regarding use of government machinery during by-elections and declared that the Election Commission of Pakistan has authority to stop use of state machinery. The petition was submitted by Pakistan Awami Tehreek whose lawyer Ishtiaq Chaudhry told the court that the government machinery is being used to influence elections which is the violation of code of conduct of elections. He appealed to halt the government from using its machinery in by-polls. The court remarked that the court cannot halt government machinery but the ECP has the authority to take action in this regard. The court further directed the lawyer to approach the ECP in this regard and dismissed the plea.