Pleats and sparkles at Meghan Markle favourite Givenchy in Paris 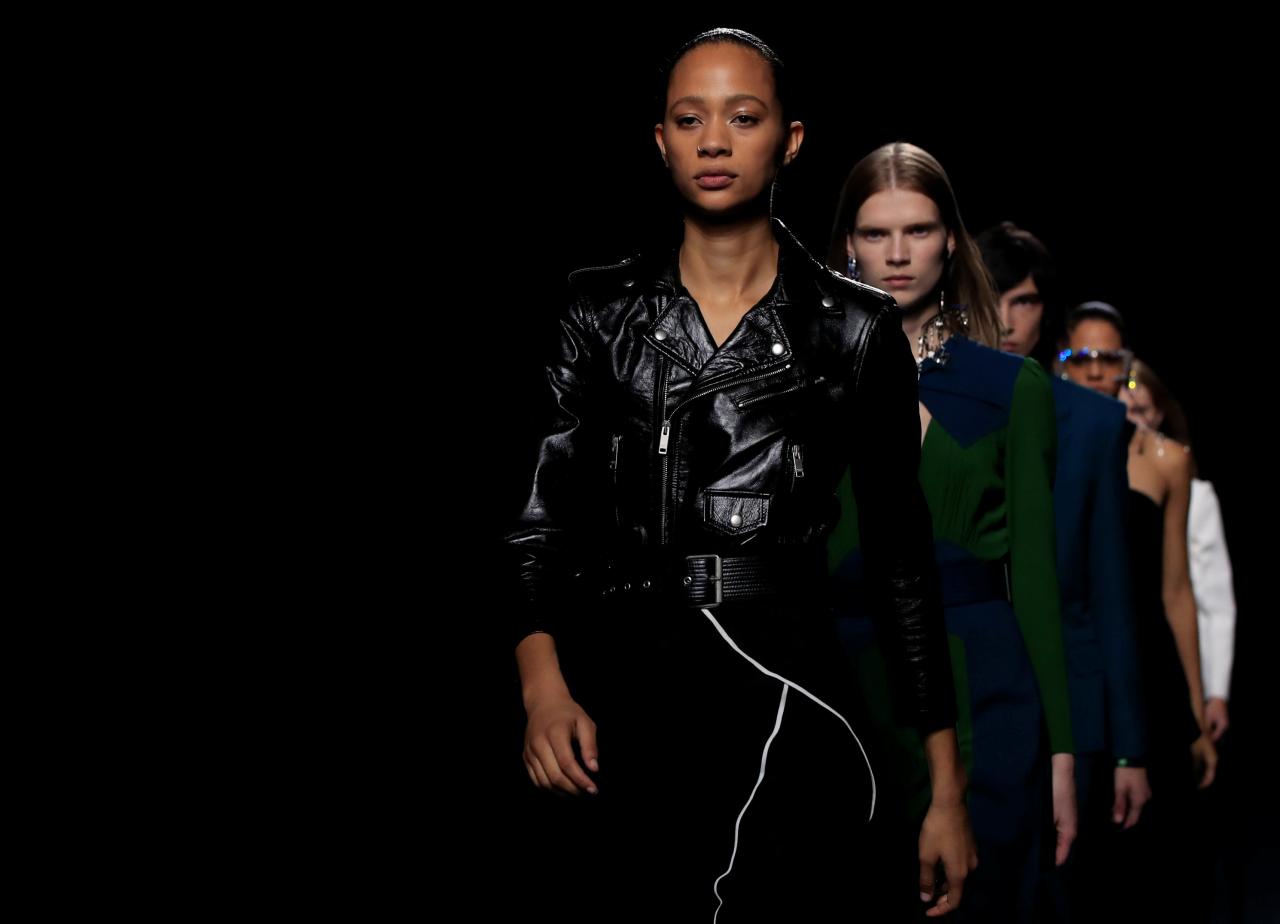 Pleats and sparkles at Meghan Markle favourite Givenchy in Paris

PARIS (Reuters) - Sophisticated tailoring, softly pleated dresses and glittering eveningwear were on show at Givenchy during Paris Fashion Week as designer Clare Waight Keller unveiled her latest collection for the LVMH-owned French couture house. The Briton landed one of the most coveted jobs in fashion earlier this year when she designed the wedding dress worn by Meghan Markle for her marriage to Prince Harry, and the former US actress has repeatedly stepped out in Givenchy since. The clean lines Waight Keller has become known for were on display in the latest spring and summer 2019 collection, in asymmetric or plunging necklines and a series of two-tone outfits. High-waisted, tailored trousers came with a combat-style twist. Belted jackets for him and her were subtly layered, while pleated panels adorned flowing, colourful dresses. Shimmering silver eveningwear looks provided the runway finale, with plenty of glittery fringes catching the light. Paris Fashion Week runs until Oct. 2.