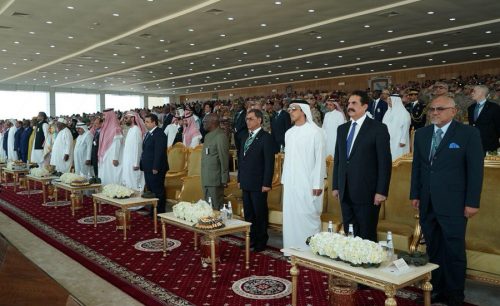 Former COAS Gen Raheel Sharif, Defense Minister Khurram Dastgir Khan and Pakistan's Ambassador to Saudi Arabia Hasham bin Saddique were also present in the ceremony. In all, 24 countries participated in the month-long exercise. All the participants lauded the warfare capabilities and the best standards of the Pak Army.