PM Abbasi given guard of honour as govt ends tenure 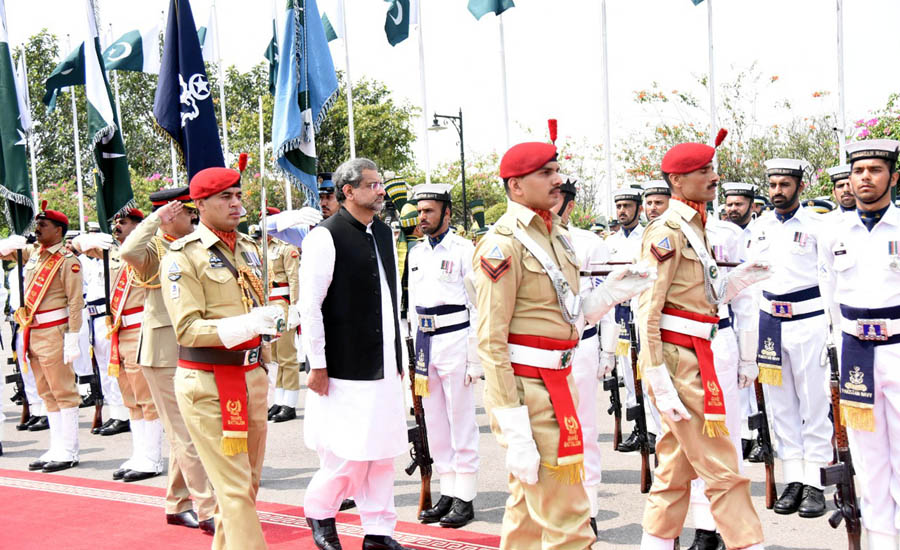 PM Abbasi given guard of honour as govt ends tenure

ISLAMABAD (92 News) – Outgoing Prime Minister Shahid Khaqan Abbasi on Friday has been given Guard of Honour as the tenure of the government ended on late night Thursday.

In his farewell statement, Abbasi said that the constitution had no provision for delay in general election and those who were calling to do so were in fact violating the constitution and should be tried for high treason under Article 6.

He said that the constitution called for holding the general election within 60 days of the dissolution of the parliament. Earlier, Abbasi had taken oath as the 28th PM of Pakistan on August 1, 2017 with a thumping majority in National Assembly after the disqualification of Nawaz Sharif by Supreme Court (SC) in Panama Leaks case.