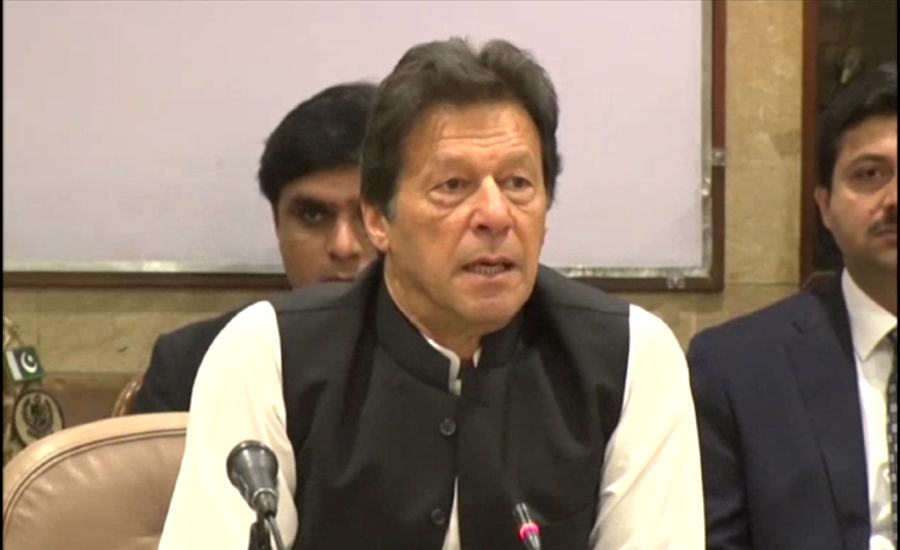 BISHKEK (92 News) – Prime Minister Imran Khan has once again offered India to resolve all issues including Kashmir through dialogue, which is the only way to sort out issues. In an interview with Russian media "Sputnik", he said there is no way that two nuclear-armed countries should think of resolving differences through military means.

Kashmir is main difference between Pakistan and India

Imran Khan said Kashmir is the main difference between Pakistan and India and both countries should sit on the negotiating table to resolve that issue peacefully. He said now elections in India are over and both countries should get back on the dialogue table to resolve the Kashmir issue for peace in the region by giving people of Kashmir right of self-determination as guaranteed by the United Nations. He said India cannot subdue voice of the people of Kashmir by using force.

Pakistan looking for any kind of mediation in reconciliation with India

To a question regarding seeking any international mediation in reconciliation with India, the prime minister said Pakistan is looking for any kind of mediation, as it believes that progress comes with peace and tensions with neighbours detract from resources that can be spent on human beings. He said Pakistan believes in peace with all the neighbours, especially with India. He said money should be spent on getting people out of poverty, like China got millions and millions of people out of poverty.

Replying a query, Imran Khan said Kartarpur corridor for the Sikh community has been a great initiative from Pakistan and India should respond positively to these measures to further people-to-people contacts. Responding to nature of bilateral ties between Pakistan and Russian, Imran Khan emphasized on deepening cooperation in defence, trade, energy, and other sectors between the two countries. He said Pakistan has developed its contacts with Russia, and they are developing all the time.

“We will welcome Russian trade delegations to invest in Pakistan. He said we are opening up Pakistan for tourism, investment, and making it easier for countries to come and get a visa,” the premier said. “There are seventy countries - and Russia is included in those countries who can come, the Russian can come and get a visa at the airport,” he added. Regarding plans to construct a 700-km railroad connecting Uzbekistan, Russia, Afghanistan and Pakistan, Imran Khan said this project will open up the entire region. He said we cannot give a timeline for this project, because it depends on the amount of funds for this railway and peace in Afghanistan.

Peace in Afghanistan is in the best interest of Pakistan

To another question, he said peace in Afghanistan is in the best interest of Pakistan and Islamabad will always be ready to play any role for stability in the neighboring country. He said that Pakistan is looking to diversify, find new markets or different relationships with SCO countries.