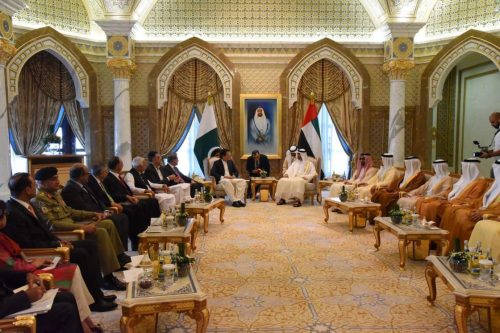 The prime minister has held a meeting with Sheikh Mohammed bin Zayed bin Sultan Al-Nahyan, the Crown Prince of Abu Dhabi and Deputy Supreme Commander of the UAE's Armed Forces, at Presidential Palace. 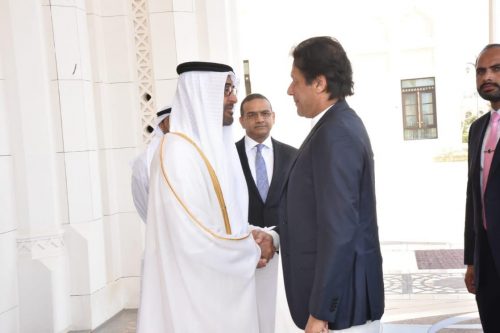 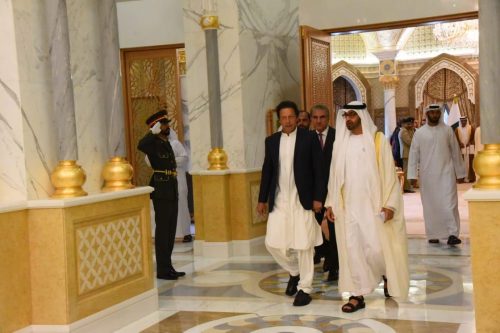 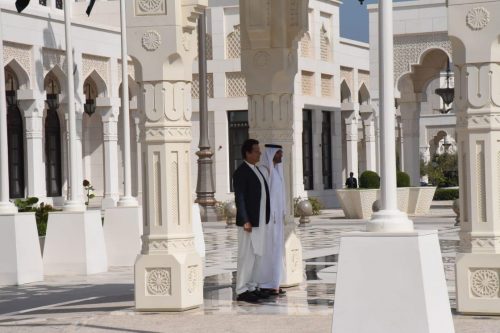 Earlier, Prime Minister Imran Khan was presented a Guard of Honor upon arrival at the Presidential Palace. National Anthems of both the countries were played. 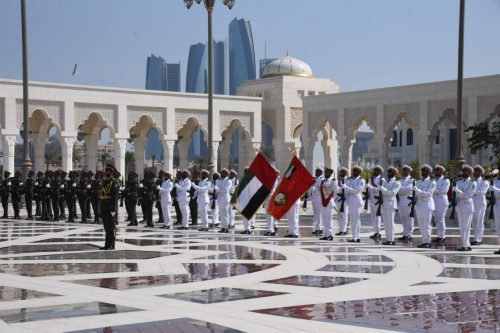