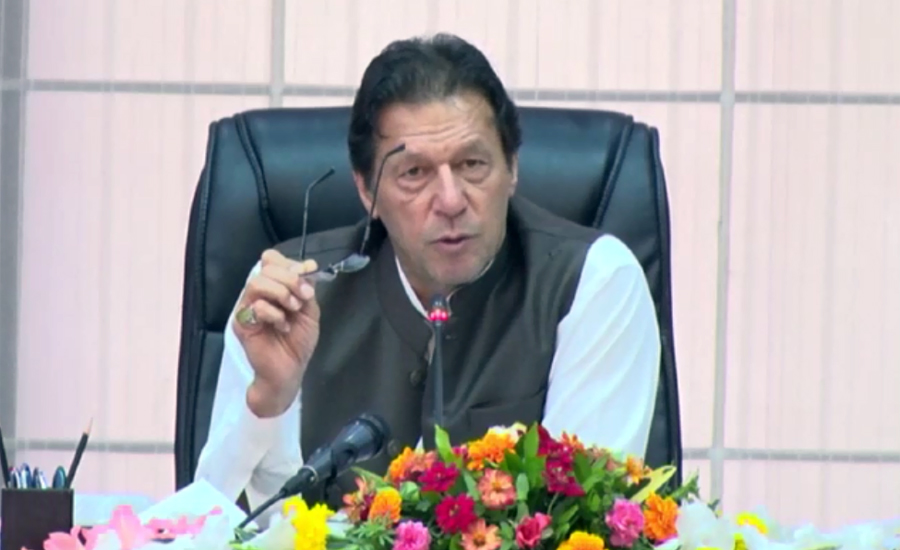 ISLAMABAD (92 News) – Prime Minister Imran Khan presided over an emergency meeting of the party spokespersons to discuss the sit-in being staged by JUI-F chief Maulana Fazalur Rahman and overall political situation in the country. The meeting also discussed the situation in Occupied Kashmir. During the meeting, the spokespersons were informed about economic situation in the country. The prime minister directed the spokespersons to adopt a stiff stance on the sit-in. “We will not succumb to any blackmailing by the opposition. The alliance and march of the opposition aim at blackmailing. There will be no compromise on accountability,” he declared. Imran Khan said that the opposition had united to save corruption and theft. “The opposition’s grand alliance is an alliance of corruption,” he said. He said that Maulana Fazalur Rahman is worried about reforms in seminaries. "Maulana is trying to save his sinking politics," he said.