During the visit to Quetta today (Sunday), the prime minister was informed that Nani Bridge in Balochistan was restored in just eight hours that revived the traffic from Quetta to Sukkur. The authorities concerned undertook massive efforts to restore the bridge. 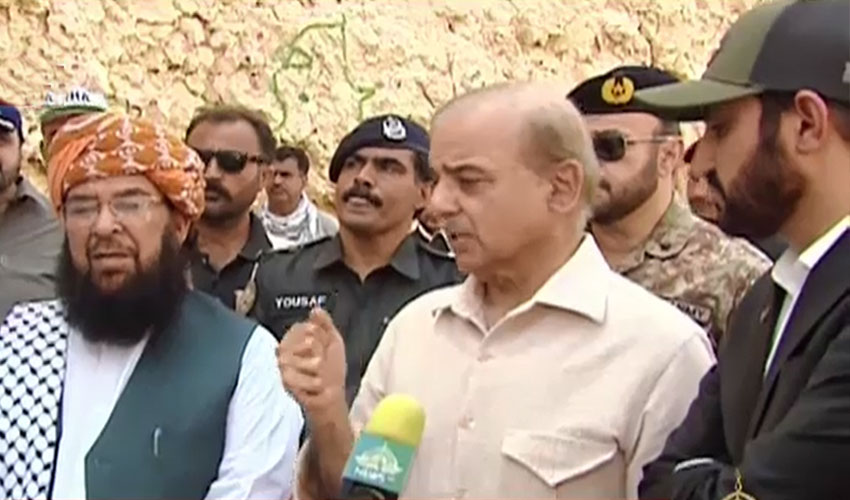 The prime minister, on the occasion, thanked the National Highway Authority, Pakistan Army and other departments for their efforts in restoring the road infrastructure. He also announced an honorarium of three million rupees for the people of various departments, who actively participated in the restoration work.

Besides, Balochistan Chief Minister Abdul Quddus Bizenjo, who was also present on the occasion, too announced a reward of two million rupees for the workers and labourers for their contribution in the restoration work.

In addition to restoration of road infrastructure, the prime minister was apprised that gas pipeline covering Quetta, Pishin, Ziarat, Kalat and other areas will be restored today. It was said that the restoration of the pipeline is a result of eight days' round the clock work.

Shehbaz Sharif also announced one million rupees for the workers deployed for the restoration of the gas pipeline.

Speaking on the occasion, Shehbaz Sharif said that the amount of honouraria will be distributed among the concerned people in a transparent manner.