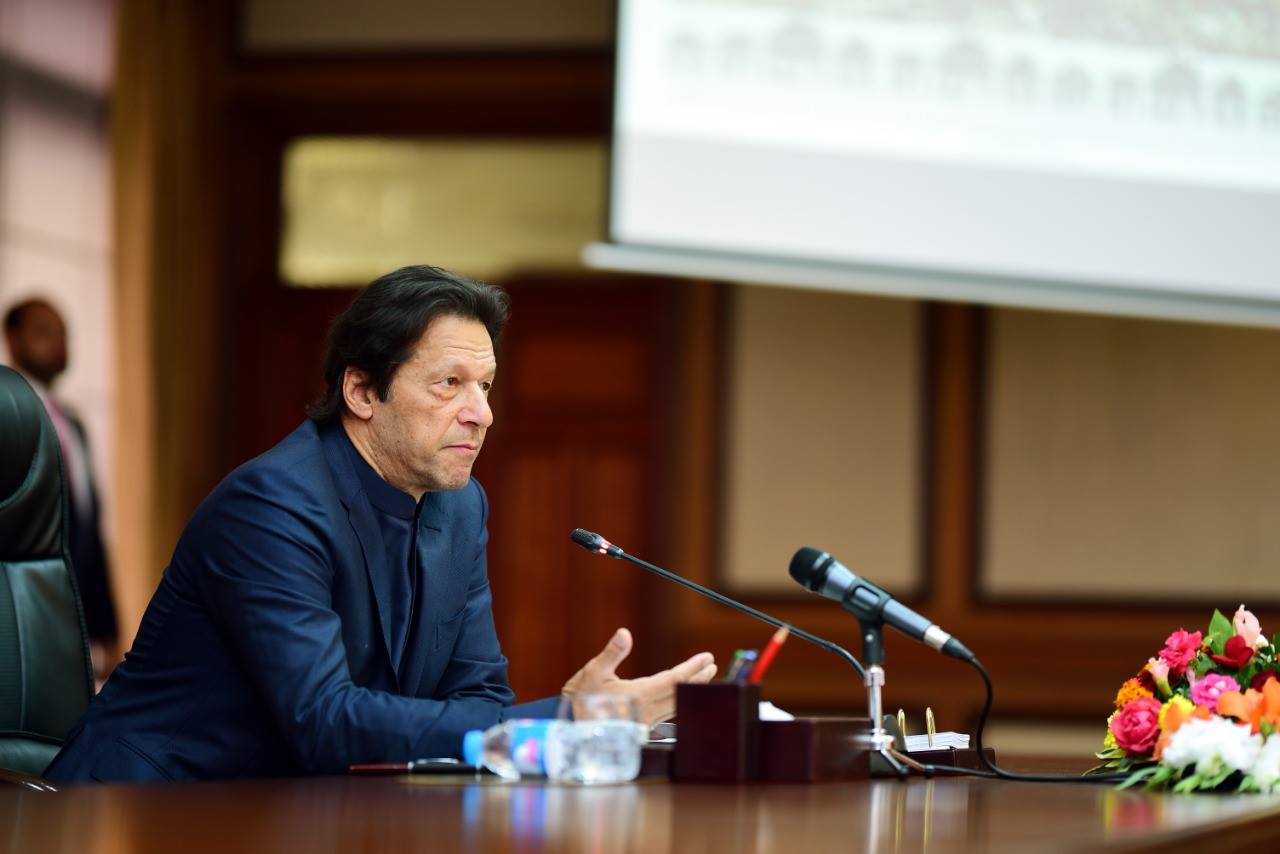 ISLAMABAD (92 News) – Prime Minister Imran Khan on Tuesday chaired a meeting to review the government’s achievements in the first 100 days as he received a performance report of different ministries. As per details garnered, the prime minister received the performance report, outlining “feats and failures” of the ministers during the first three-month governance. PM presided two different meetings land mafia, the operation of anti-encroachment, and the progress in agriculture. According to the report submitted to the premier, Special Assistant to the Prime Minister on Overseas Pakistanis and Human Resource Development Zulfi Bukhari is also featured among the list of top 10 ministers. He performed well as EOBI old persons’ pension increased from 5250 to 6500 rupees. The NICOP condition was removed for the overseas Pakistanis. The successful overseas Pakistanis were provided opportunities to work in government offices through “Naya Pakistan calling”. The biometric system was introduced in the procreate offices. Federal Minister for Railways Sheikh Rasheed and Minister of State for Communications Murad Saeed appeared to be having a tough contest in terms of edging past one another. The report says that both the ministers timely completed their 100-day tasks. The ministry headed by Rasheed reportedly registered an income of more than Rs 2 billion, while Murad Saeed’s ministry saw an addition of Rs 3 billion to the revenue in the first 100 days in office. On the other side, during the meeting, the operation of anti-encroachment against federal land mafia was overviewed. The prime minister was briefed about key progress of anti-encroachment operation. The talks of short and long term steps discussed for removing illegal construction. Federal Minister for Water Resources Faisal Vawda also achieved the set targets, including stopping widespread water theft and reported progress on Dasu Dam construction. One of Vawda’s accomplishments is described as his efforts to convince provinces to install telemeters to contain water pilferage. Foreign Minister Shah Mehmood Qureshi is also said to have accomplished targets related to his ministry. Minister for Law, Farogh Naseem, also sent his report to the prime minister, stating accomplishment of all 100-day targets set by his ministry. The meeting was attended by Information Minister Fawad Chaudhry, PM’s Special Assistant for Political Affairs Naeemul Haque, Chief Secretary Azam Khan, Advisor to the Prime Minister on Establishment Arbab Shehzad, Senator Faisal Javed, Iftikhar Durrani among other PTI leaders. On another meeting, the prime minister was briefed about livestock and agriculture ministry. According to the sources, on the occasion PM Khan said that Pakistan is getting benefits from the experiences of China in agriculture. He also termed that to restore the field of agriculture is manifesto of PTI-led government. He said that the new technologies and tool were introduced in this department. “The progress in agriculture can enhance the GDP of the country,” he added.