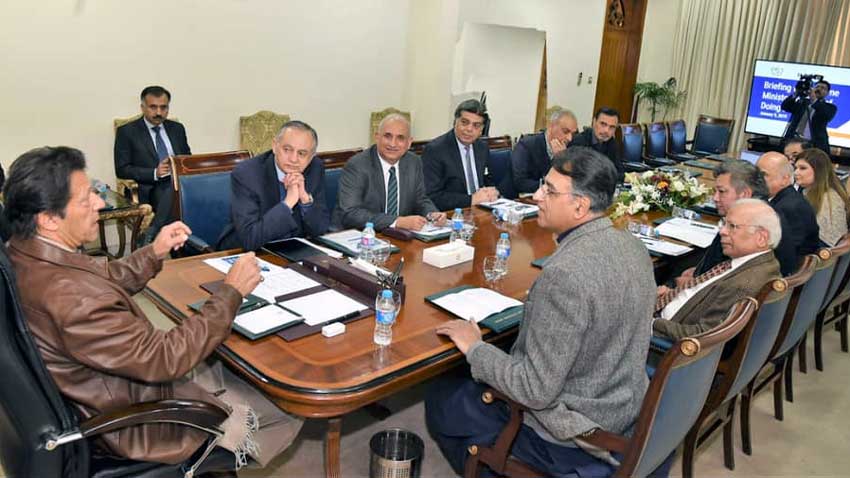 ISLAMABAD (92 News) – Prime Minister Imran Khan chaired a meeting on Wednesday to review progress on improving Ease of Doing Business in the country. The Board of Investment chairman briefed the prime minister about the progress on various indicators related to Ease of Doing Business. He informed that efforts are being made to improve risk-management system to reduce number of physical audits. On the issue of number of tax payments, it was informed that the number of payments have been brought down from forty seven to twenty one. About the ease of starting business, the premier was informed that integration of SECP with provincial portals and EOBI has been completed in Punjab and efforts are being made to expedite launch of portal in Sindh. On ease in getting electricity, the prime minister was informed that significant progress has been made to facilitate provision of power and timely information to the businesses. In the area of getting credit, it was informed that Registrar would be appointed by the end of this month and rules under Secured Transaction Act are being finalized by Ministry of Finance. The BOI chairman also briefed the meeting about steps being taken to facilitate trading across borders and reducing clearance time in imports and exports. He also identified various issues mostly related to Sindh province in integration of SECP and EOBI with provincial portal. On the Occasion, Prime Minister Imran Khan emphasized upon the need for greater focus towards addressing EoDB issues related to Sindh since Karachi was the financial hub of the country. Briefing the meeting about various positive developments with regards to investment facilitation, it was informed that MoU on industrial cooperation has been signed with China last month. It was decided in the meeting that regular EoDB meetings would be chaired by the premier with participation of the chief ministers and the provincial Chief Secretaries. It was also decided that dedicated EoDB offices would be set up at Federal and provincial level for in order to remove bottlenecks and facilitate investors in smooth business operations. Meanwhile, Prime Minster Imran Khan has directed to expedite the process of legal aspects to acquire the occupation of verified state properties in the country. He was a charring a meeting held to review the progress of the committee constituted to probe public properties. Prime Minister also directed to estimate the cost value of the properties identified so far. Imran Khan called for legal action against the institutions and officials who are not cooperating in this regard. It was also decided in the meeting that the people occupying state properties in slum areas will be provided alternate places.