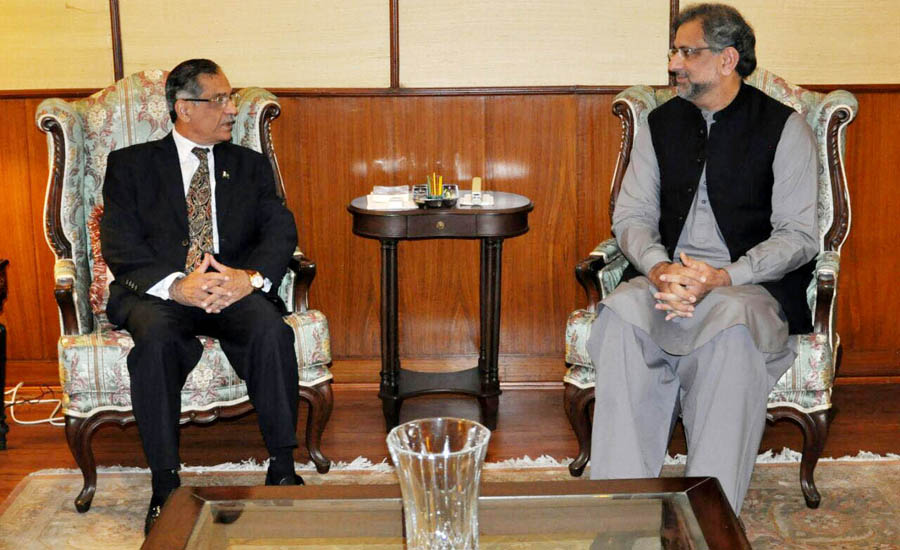 ISLAMABAD (92 News) – Prime Minister Nawaz Sharif and Chief Justice Saqib Nisar held a one-on-one meeting at Supreme Court building on Tuesday. The meeting continued for one hour and 55 minutes. According to a declaration, the meeting was held on the request of the prime minister. The prime minister assured that the government supports the judicial reforms and will help and provide resources in this regard. He told the CJP that all resources will be utilized for provision of prompt and speedy justice. The prime minister apprised the CJP that as per his vision, special attention will be paid to free education, health and government hospitals. He said that the Council of Common Interests (CII) has approved the Water Policy, which will be helpful in the efforts of the chief justice. The PM also raised the issue of pending cases pertaining to the tax and revenue. The CJP expressed the resolve to dispose of such cases speedily. He assured the prime minister the judiciary will continue to dispense its constitutional responsibilities.