PM, COAS agree not to use force to disperse protesters 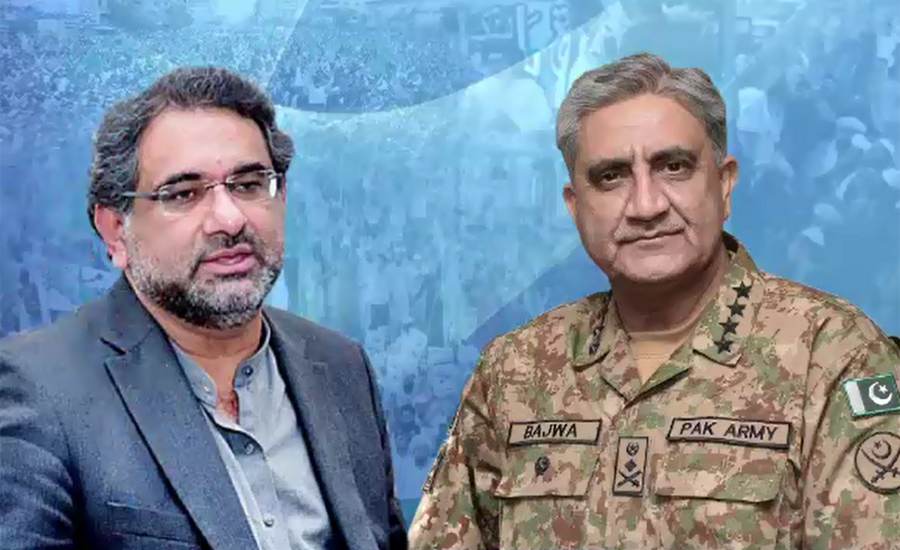 PM, COAS agree not to use force to disperse protesters

ISLAMABAD (92 News) – Prime Minister Shahid Khaqan Abbasi and Chief of Army Staff (COAS) General Qamar Javed Bajwa have on Sunday decided to engage the protesters in negotiations, discarding use of force to disperse them. This was decided during a meeting between PM Shahid Khaqan Abbasi and COAS General Qamar Javed Bajwa. During the meeting, COAS Gen Qamar Javed Bajwa asked the prime minister to identify those inciting violence and punish them. They decided to engage religious parties and scholars to find a peaceful solution of the sit-in and take the military leadership into confidence over the issue. He said that how could the armed force become a part of the operation as the people of the country love armed forces. “The violence in the country will damage our image in the world,” he added. The COAS said the armed forces cannot use force against its own people, the army will act according to the law and Constitution of the country. Gen Qamar Javed Bajwa also expressed concern over restrictions placed on TV news channels and suggested that the prohibition must be removed.