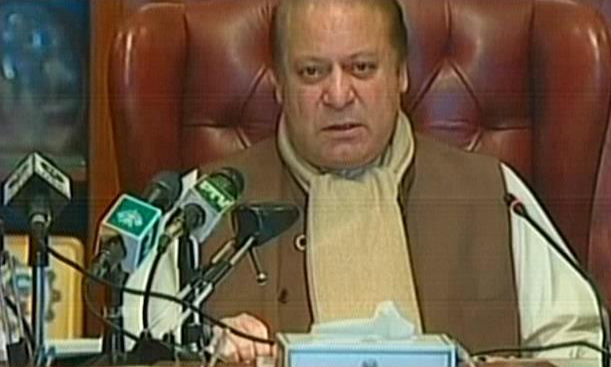 QUETTA (92 News) – Prime Minister Nawaz Sharif has said that it is responsibility of the provinces to speedily implement the National Action Plan (NAP). He was addressing the Balochistan Apex Committee meeting at Governor’s House on Wednesday. He said that the nation cannot tolerate a delay in the implementation of the NAP. The constitution and the Army Act have been amended under the National Action Plan, he added. He said that the parliament had approved the military courts. The prime minister said that it is an achievement that the federal government, Balochistan government and armed forces are on the same page. He reiterated that the NAP was not drafted by the federal government alone and it was a consensus by political as well as army leadership. The meeting also reviewed the law and order and uplift projects in the province. Chief of Army Staff General Raheel Sharif also attended the meeting.