While talking to a Türkiye delegation led by Interior Minister Suleyman Soylu and Environment Minister Murat Kurum in Islamabad on Friday, the prime minister recalled that the President of Turkiye Recep Tayyip Erdogan called him on 27th of August and offered his condolences for those who died in the calamity and extended his fullest support for the people of Pakistan. He expressed his gratitude for the people of Turkiye for always extending support to Pakistan in difficult times. He pointed out that private businessmen and other friends in Turkiye are sending lots of relief to Pakistan. We have received tents, medicines, food and other items which are being distributed amongst the victims in various parts of the country. 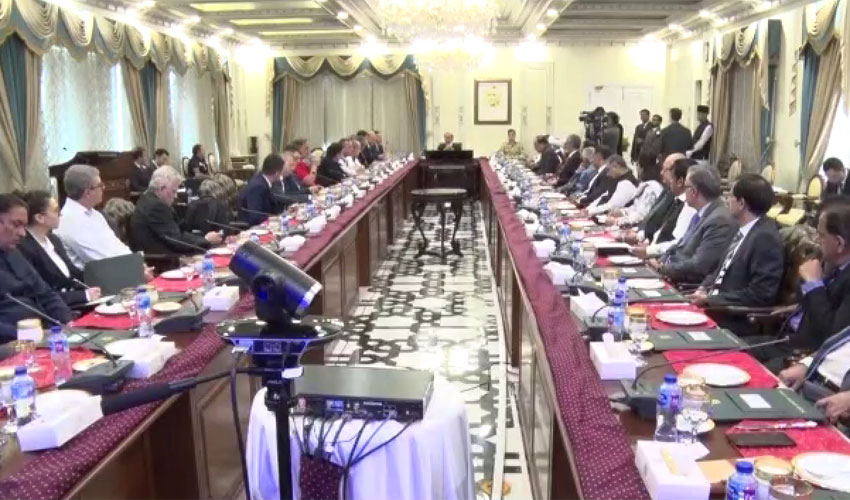 The prime minister informed the delegation that the floods have killed more than a thousand people including three hundred children. “Millions of people have become homeless. The calamity has damaged crops, houses and people are now spending nights under open skies.

“With the help of God Almighty and the brotherly country, Pakistan will recover from this unprecedented catastrophic situation and move forward,” he added.

The prime minister said that Pakistan and Turkiye are two hearts with one soul and have always supported each other during difficult times. “So far, eleven Turkish military aircraft and two trains had been dispatched by Turkiye.”