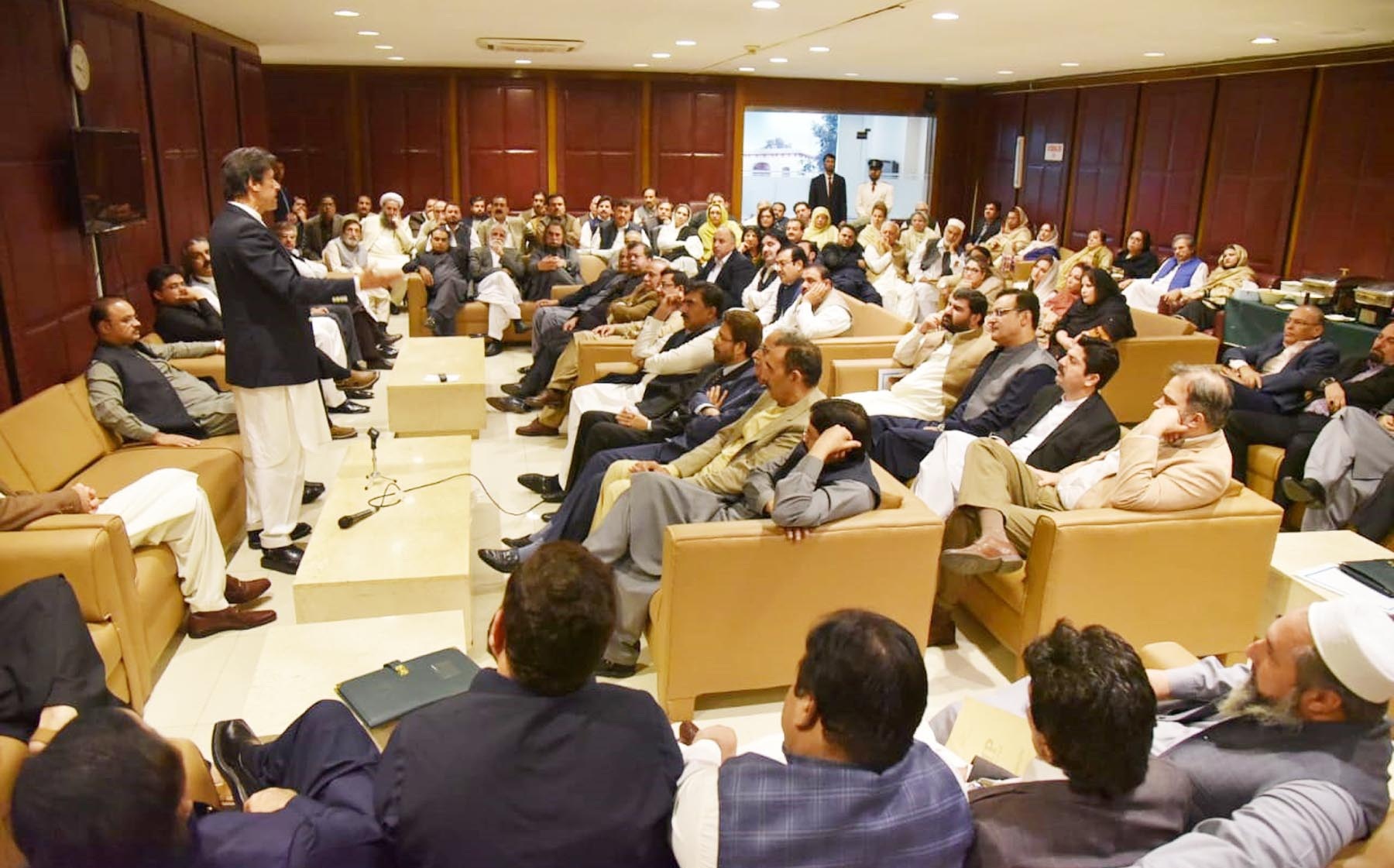 ISLAMABAD (92 News) – Prime Minister Imran Khan on Thursday excused to disclose the Chinese financial aid package in the parliamentary party meeting. The prime minister chaired a meeting of parliamentary party of Pakistan Tehreek-e-Insaf (PTI) at the Parliament’s House in Islamabad. The meeting discussed the overall political and economic situation of the country and the matters relating to the proceedings of the parliament. During the meeting, the prime minister said that China has given an aid package like never before, adding that, Beijing does not want the exact figure of the aid to be made public. Responding to the Tehreek-e-Labbaik Pakistan (TLP)-led protests against the acquittal of Aasia Bibi, PM Khan said that the government had to tread issue carefully because of the sensitivity of the matter. He added that the protesters had been paid to take part in the sit-ins. Imran Khan mentioned that if the protests had not ended, it may have to remove government. He termed that the protest should be resolved in arbitrary way due to the sensitive issue. The prime minister said that the crackdown against the corruption committed in the country not even worth mentioning, adding the big fishes also remained to catch. Meanwhile, Member National Assembly Ghaus Bakhsh Mehr called on Prime Minister Imran Khan in Islamabad today and discussed with him matters relating to his constituency.