PM expresses determination to root out terrorism from country 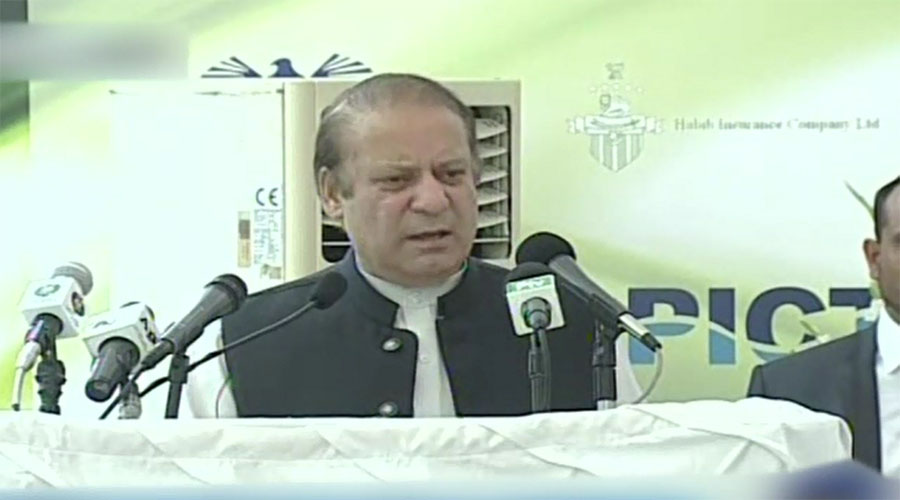 PM expresses determination to root out terrorism from country

RAHIM YAR KHAN (92 News) – Prime Minister Nawaz Sharif has on Friday while expressing determination said that the menace of terrorism will be eliminated from the country soon. Addressing the launching ceremony of Prime Minister's Health Program in Rahim Yar Khan on Friday, said that health of the poor is of prime concern to the Government and necessary resources would be allocated for the program. The prime minister said: “his government was making every effort to reduce the miseries of common man by providing them better life amenities, adding that the poor people had little or no access to healthcare. He said that the program has already begun in many districts and today two hundred and fifty thousand families are being registered in Rahim Yar Khan. Nawaz Sharif said that his government has restored peace in the Karachi, adding that the PML-N constructed motorways around the country. He further announced to built 50 new hospitals across the country, adding that the program is directed at poorest of the poor who cannot afford medical treatment. He said it is duty of the government to take care of this segment of the society. The prime minister regretted that in the past projects worth billions of rupees were announced that had no direct bearing on the common man.  He said it is incumbent upon rulers to spend money on welfare of the people especially the disadvantaged ones.