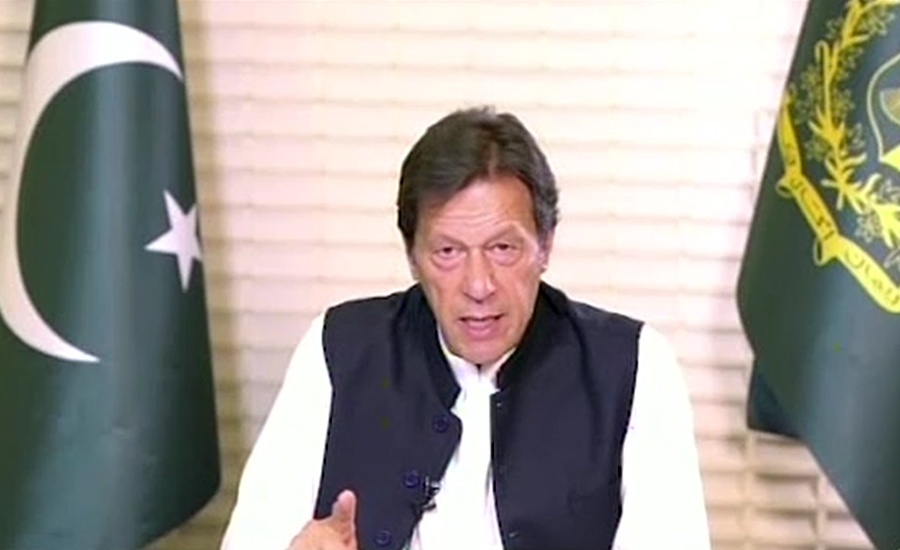 ISLAMABAD (92 News) – Prime Minister (PM) Imran Khan has expressed grief and sorrow over the loss of precious lives in the aircraft crash in Rawalpindi. He commiserated with the bereaved families and prayed for the recovery of those injured in the incident. On the other hand, Foreign Minister Shah Mehmood Qureshi also expressed sorrow over the loss of precious lives in the tragic incident, adding that the entire nation is in shock due to the the plane tragedy. Earlier, at least 17 people – including five crew members and 12 civilian – were killed after a Pakistan Army aviation plane on a routine training flight crashed near Mora Kalu Rawalpindi. According to Inter-Services Public Relations (ISPR), the army’s aircraft was on it routine flight when it crashed near Rabi Plaza. Two pilots and three crew members of the plane were among the dead. The ISPR also said that 12 civilians were killed and 12 others were injured in the incident. They were shifted to a hospital. Crew members martyred in the incident, including two pilots, were: Lt Col Saqib (pilot), Lt Col Waseem (pilot), Naib Subedar Afzal, Havaldar Ibne Ameen and Havaldar Rehmat. The ISPR said that rescue teams of the Pakistan Army and Rescue 1122 had reached the site of the incident and a fire had been extinguished. Corps Commander Rawalpindi Lieutenant General Bilal Akbar visited the site of the plane crash where he was briefed by Pakistan Army officers on the mishap. According to rescue sources, three houses collapsed after the plane crash which five other houses were engulfed by fire. The eye witnesses said that the plane was crashed before them and they called to rescue 1122 after reached first. The rescue sources also said that the death toll may further rise as several persons are still trapped in the wreckage. Meanwhile, emergency has been declared in all hospital of Rawalpindi and Islamabad.