A notification in this regard has been issued. 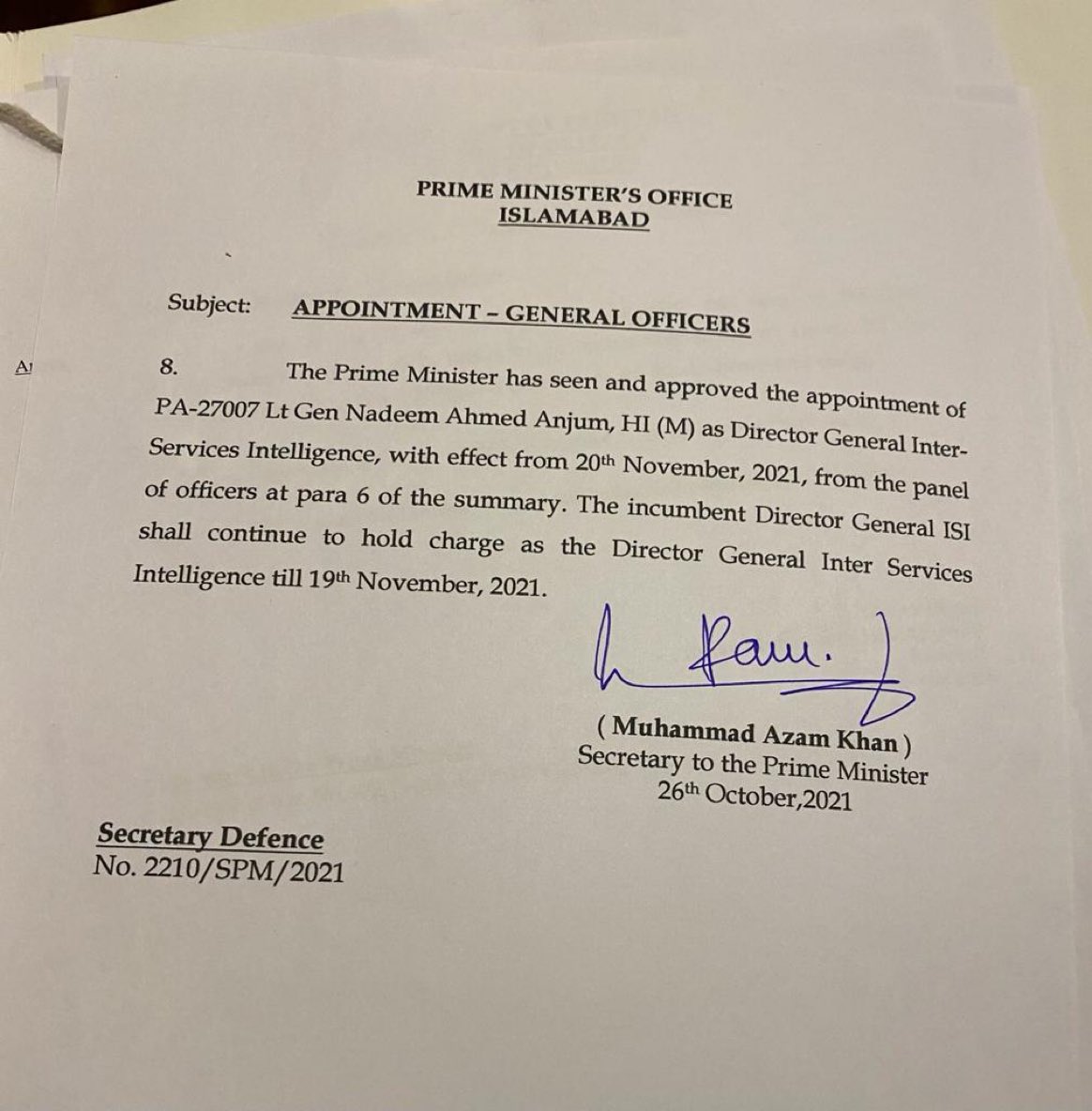 The meeting was part of the ongoing consultation process between the prime minister and the COAS about the timing of change of command in ISI and selection of the new DG ISI.

During this process a list of officers was received from Ministry of Defence. Prime Minister Imran Khan interviewed all the nominees. A final round of consultation was held between the prime minister and the COAS.

After this detailed consultative process, name of Lt Gen Nadeem Anjum was approved as new DG ISI. The designate DG ISI shall assume charge on November 20, 2021.