A detailed briefing was given to the prime minister on security situation in the area. In his interaction with troops, the prime minister paid rich tribute to the martyrs and their families for their ultimate sacrifices for Pakistan.

The prime minister lauded the professionalism exhibited by the troops and appreciated the operational preparedness and bravery with which terrorists’ attacks were repulsed. He reiterated national resolve to support the armed forces in  eliminating the remnants of terrorists trying to sabotage the development of  Balochistan.

PM Imran Khan said: “Through a comprehensive national effort, cooperation between federal and provincial governments and assistance of armed forces, we will realize true potential of Balochistan." 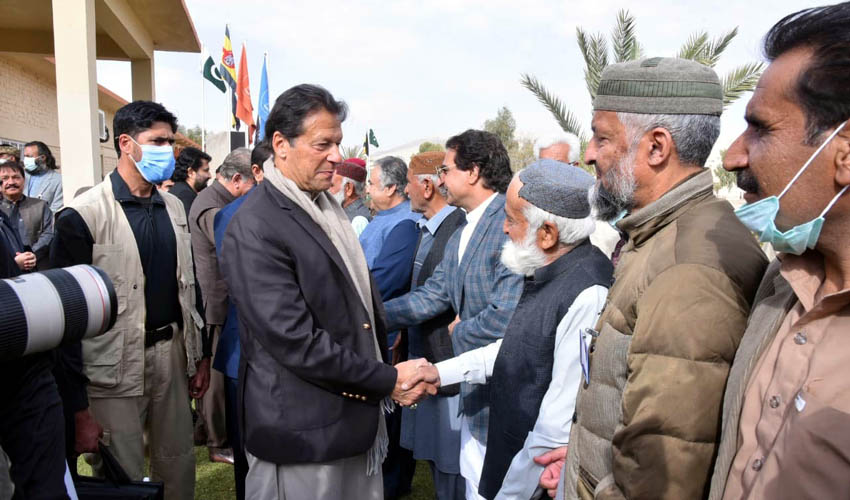 Later, the prime minister interacted with tribal elders of the area and acknowledged their unwavering support in fight against terrorism and facilitating government initiatives being taken to bring prosperity and development to Balochistan. He assured the Jirga members of continued sincere support for timely completion of development projects in Balochistan.

The prime minister stressed that development of Balochistan is priority and critical for future of Pakistan.