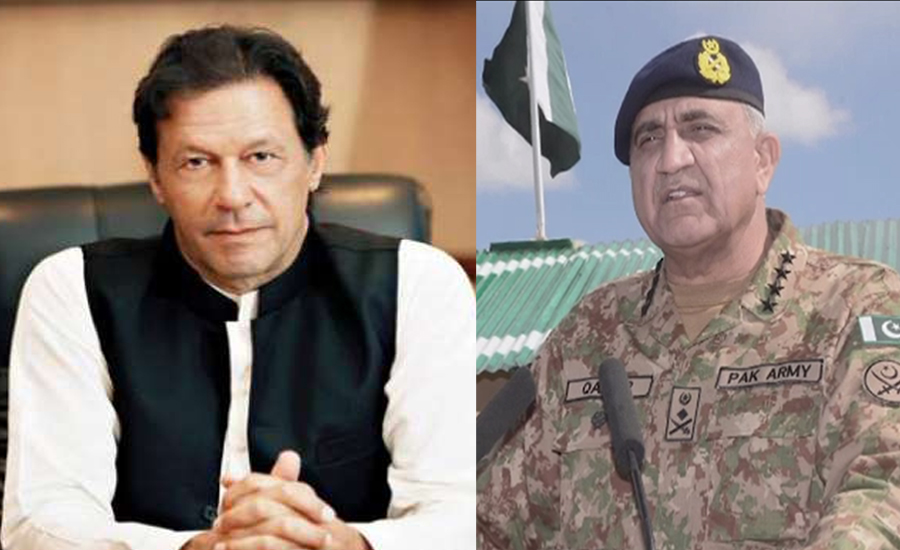 ISLAMABAD (92 News) – Prime Minister Imran Khan and Chief of Army Staff General Qamar Javed Bajwa have saluted the 10 brave soldiers martyred in Balochistan and North Waziristan. In a tweet on Saturday, Prime Minister Imran Khan said: “I salute our armed forces personnel who continue to lay down their lives fighting terrorists to keep the nation safe. My condolences and prayers go to the families of the10 brave soldiers, including an officer, martyred fighting terrorists in North Waziristan and Balochistan today.” https://twitter.com/ImranKhanPTI/status/1155080885072486400?s=20 In a tweet, he said: “Salute to martyrs and their families. We shall ensure defence and security of motherland at the cost of our sweat and blood. These are dying efforts of frustrated inimical forces while Pakistan moves from stability to enduring peace. It’s time for the world to facilitate regional peace.” https://twitter.com/OfficialDGISPR/status/1155092480741781511?s=20 Meanwhile, Opposition Leader in the National Assembly Shehbaz Sharif, Senate Deputy Chairman Saleem Mandviwala, Punjab Chief Minister Sardar Usman Buzdar, Khyber Pakhtunkhwa Chief Minister Mahmood Khan and several other politicians have condemned the terrorist attacks in Balochistan and North Waziristan. https://www.youtube.com/watch?time_continue=3&v=5TkWAX7rTfM