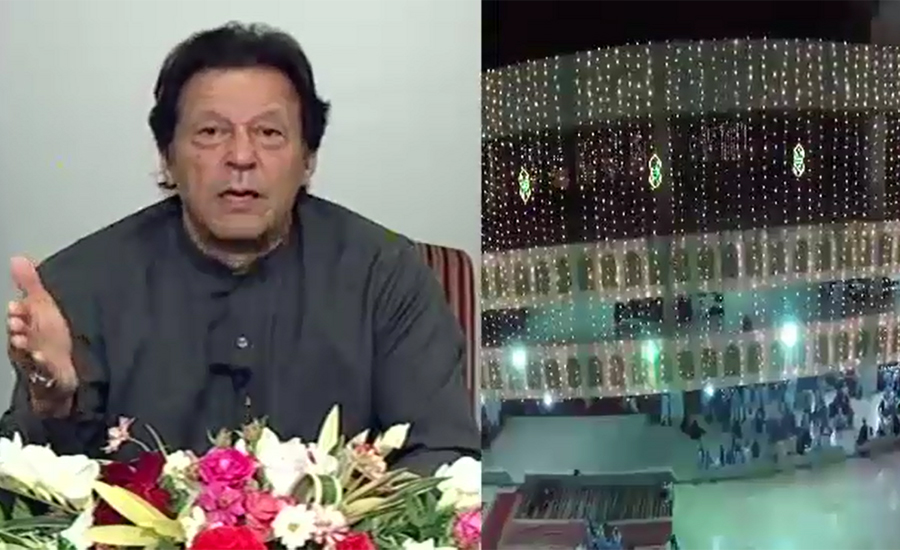 ISLAMABAD (92 News) – Prime Minister Imran Khan has congratulated the nation on Eid Milad-un-Nabi (SAW). In a message on Wednesday, he said that the nation should make firm pledge today that it will follow the life Holy Prophet Hazrat Muhammad (PBUH) in true spirit while rising above any petty interests. “We should refrain from steps which distort the image of Islam in the world.” The prime minister urged the countrymen to promote unity, tolerance, brotherhood and interfaith harmony among their ranks as per the teachings of Holy Prophet Muhammad (SAW). “Let’s strive to mould Pakistan into Madina-like state,” he urged. Congratulating the nation on Eid Milad un Nabi, President Arif Alvi called for truly following the teachings of Holy Prophet Hazrat Muhammad (SAW) to realize the objective of establishing an Islamic welfare state. In his message, President Arif Alvi said: “We should give preference to collective national and religious interests and bring positive change in our deeds and actions to transform the country in accordance with the state of Madina.”