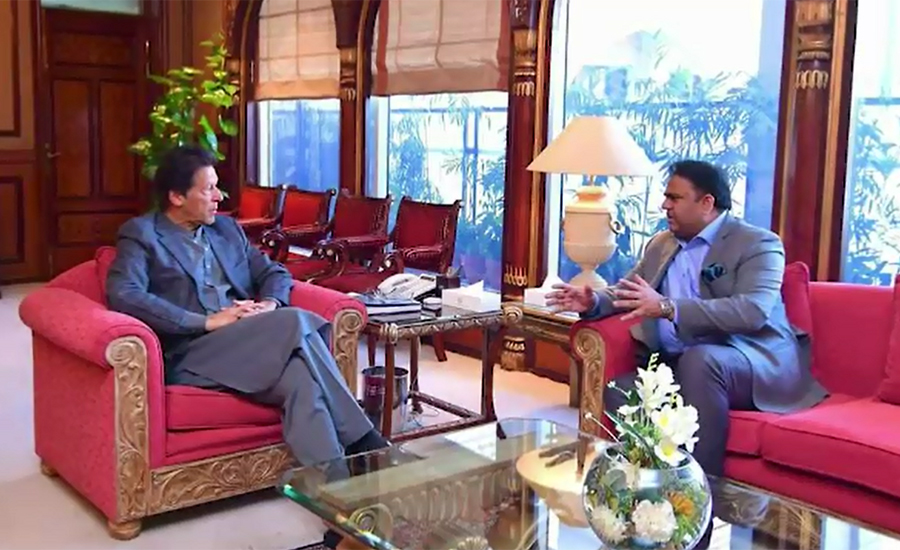 ISLAMABAD (92 News) – Prime Minister Imran Khan called on Minister for Information and Broadcasting Fawad Chaudhry on Monday. They discussed the coming tour to Sindh. Fawad Ch briefed the prime minister about the links with the government allies in Sindh. He said that the matters with Pir Pagara, Liaquat Jatoi, MQM Bahadaurabad and Zulfiqar Mirza had been settled. Fawad Ch said that they will look into the Sindh matters after consulting allies. The prime minister said that the government will stand by the people of Sindh. He also directed Finance Minister Asad Umar, Planning Minister Khusru Bakhtiar and Minister for Petroleum Ghulam Sarwar to resolve the gas problems in Sindh immediately. Finance Minister Asad Umar was also present on the occasion.