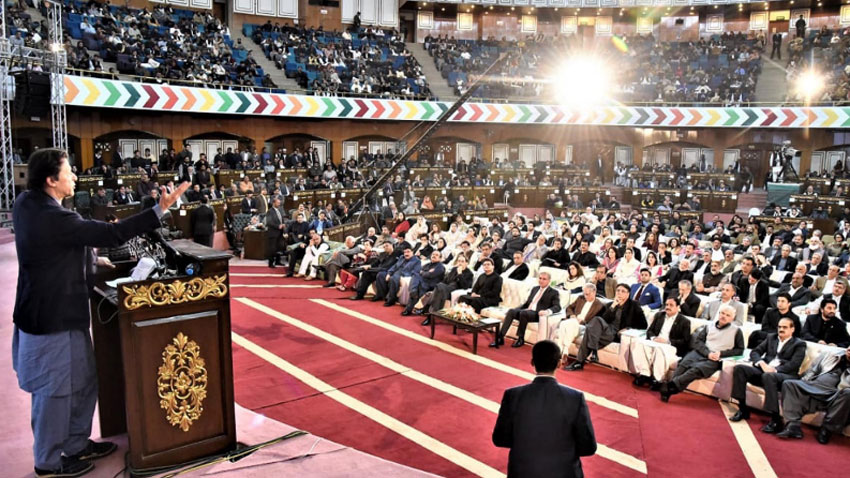 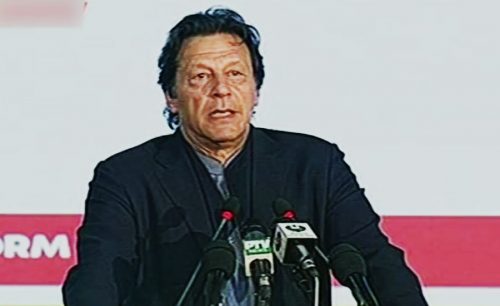 While addressing to a ceremony to mark first 100-day performance, Prime Minister Imran Khan began by thanking first lady Bushra Bibi for putting up with his tough schedule, adding that “I have taken just a single day off in the first 100 days.” Speaking of the PTI-led government’s performance, he said they gave concentrations to benefit the common man from their policies. “Our education system doesn’t let people from lower classes progress in their careers. People are able to improve their standard of living by attaining education,” the prime minister explained. "We planned how to bring children back to schools; we are bringing a complete plan for education.” The prime minister said that the policies adopted by his government in the first century of days in power were inspired by the state of Madina. On health reforms, he said that there is a need to improve the quality of government hospitals, adding that their management system was affected policies of the previous governments. He said they formed a task force to fix government hospitals. The prime minister said the government, together with health reforms, was introducing health cards, regretting that a poor man’s entire budget is spent on treatment of diseases. “We have decided that poor families across Pakistan will get health cards,” he added. Talking about anti-encroachment operation, PM Khan mentioned that 88 thousands acre land was vacated which illegally captured by the land mafia in Punjab. For eradicating corruption, Imran Khan said that corruption has hindered Pakistan’s progress. “We didn’t even know how common corruption was. Even I didn’t know it. He cannot progress until people are stopped from engaging in corruption practices.” He said that an asset recovery unit was formed with the aim to sign MoUs with other countries for information sharing. “We have signed agreements with 26 countries. We signed a MoU with Switzerland today. “We have been unable to trace $11 billion undeclared money of Pakistani in foreign countries,” he remarked. The premier pointed out that the PTI government made the NAB, FIA and other institutions as independent from the influence of government. “NAB is not under us. It is an independent organisation. We are not responsible for the actions of NAB,” he said. On poverty alleviation, He said the government was also devising a system to alleviate poverty in the country. He described corruption as the very difference between prosperous and under-developed nations. Imran Khan said his government was now establishing a shelter home in Rawalpindi, while a place for it has also been marked in Islamabad. He also said they had given Rs5 billion to Akhuwat Foundation — a non-government organisation (NGO) that provides loans to poor people on easy installments. He said the NGO will provide interest-free loans to needy people. Talking about farmers, he said, “We are introducing a programme for farmers in order to alleviate poverty in rural areas.” He said the investors in Malaysia wanted to invest in Halal meat, adding that the government will give targetted subsidy to small farmers. “Pakistan has no share in the world Halal meat market. We will give subsidy to farmers raising calves so that they may have their share in this market,” Khan said. “We will provide machines to small farmers on lease and money for cattle farming.” Neighboring country wants to push Pakistan into isolation 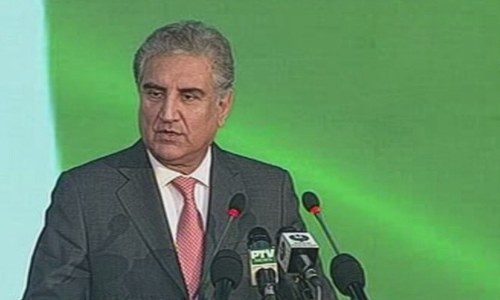 Speaking at the ceremony, Foreign Minister Shah Mehmood Qureshi said that the neighboring country wants to push Pakistan into isolation, mentioning that yesterday, during the ground-breaking ceremony of Kartarpur corridor, the ambitions of neighbor country was seen but Prime Minister Imran Khan took positive step toward peace as ‘googly’ of Kartarpur was threw by the prime minister. He said that Pakistan’s case at global level was not heard before, something his ministry was trying to address. “Our neighbour wanted to weaken Pakistan,” he said. “We could not present Pakistan’s case before the world because we did not have a lawyer. "We decided that we would make our foreign office more interactive and started cultural diplomacy. We decided to take guidance and advice from former diplomats. We will also create a specialised foreign office, [and appoint] trained personnel. “You will be happy to know that in 100 days we have had 16 multilateral engagements,” the foreign minister explained. He also said that the first thing on the PTI government's foreign agenda was to have better relations with Afghanistan. Qureshi also discussed Pakistan's bilateral relations with India, saying: “Tensions with India are not hidden from anyone but our approach is people-centric and we need peace for people to prosper. We need peace in order to speed up the development of our country.” He reminded the audience that Imran khan said he will take two steps for every one step India takes but regretted that “they refused to engage even after the letter written to Narendra Modi.” Govt won’t hide behind IMF, deal to be signed for national interests 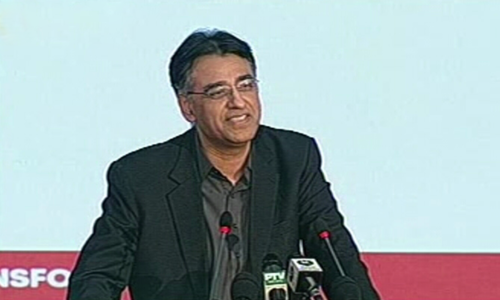 Addressing a ceremony regarding completion of PTI’s first 100 days in government at the Convention Centre, Minister for Finance said that the government won’t hide behind the IMF, terming that the agreement with IMF will be signed considering national interests. The finance minister said that the PTI government inherited a deficit of Rs230 billion which he said has already been reduced by Rs130 billion. He mentioned that the government may also seek alternate channels instead of solely relying on the IMF to plug the financing gap. “I take credit for telling the PM that you will have take a U-turn on your promise to not travel for 100 days because this was in favour of the country,” he recalled. Umar defended his taxation and pricing policies, explaining that the tariffs were hiked only of those commodities that are used by the affluent section of the society. “I am not saying that all problems have been solved and Pakistanis are not facing any problems but in the past 100 days we have set the direction.” Govt achieved 18 out of 34 targets, traces assets $11 billion abroad 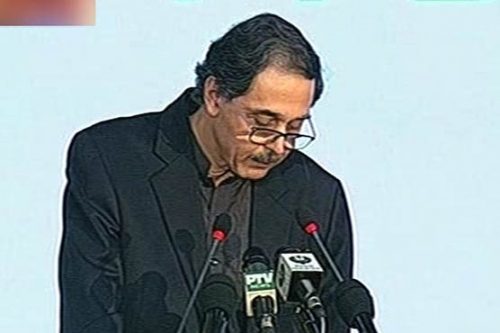 Prime Minister adviser on Establishment Muhammad Shahzad Arbab said, while addressing to the 100 days performance of event, at least 34 targets in the 100-day agenda achieved by the federal government. “We have achieved 18 of them while work on the rest of the 16 is going speedily,” the adviser said. Arbab Shahzad said that an asset recovery unit was established that detected properties worth 11 billion dollars abroad. The advisor assured that 50 million houses would be completed at any cost. He also said notices have been sent to thousands of persons who are not tax filers. He added that the focus has also been made on brining reforms in FBR as part of improving the tax machinery, he said. Arbab said that the PTI government held regular cabinet meetings, adopted austerity and held itself accountable. A ceremony to mark first 100-day performance of the PTI government started at Convention Center in Islamabad on Thursday afternoon. The PTI arranged an event at the Jinnah Convention Centre in Islamabad to apprise the nation of the government's performance over the first 100 days in power. Senator Faisal Javed formally opened the event with a brief intro before making way for recitation of the Holy Quran.

Minutes later, the senator reclaimed the rostrum before a video highlight of the Prime Minister Imran Khan and the federal government's first 100 days in power was played for the audience.